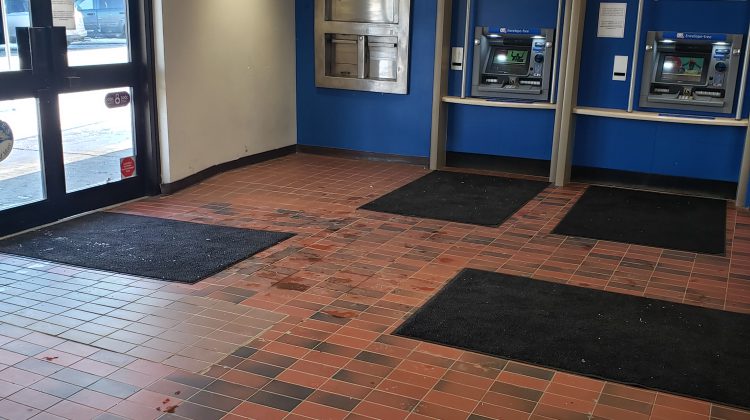 Quesnel RCMP say a deceased male was found dead in an ATM vestibule at a bank on Reid Street in downtown Quesnel.

Members were notified at around 6-40 this morning and we have since determined that it happened at the Bank of Montreal.

Sergeant Richard Waseen goes over some of the details…

“The officers found the 45 year old male deceased. The death is not being considered suspicious at this time and the Coroner’s Service will be continuing their investigation into the death.”

Waseen says the name of the deceased is not being released.