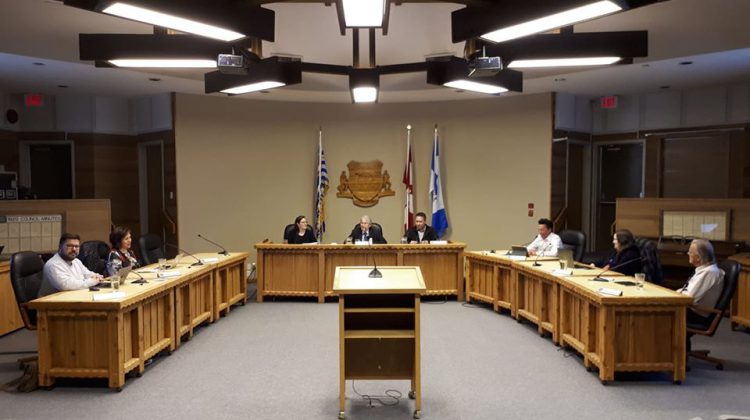 Williams Lake City Councillors shared their growing frustration at Tuesday night’s regular council meeting in continuing crime and that is there no electronic monitoring for those who are responsible.

“The question was asked of me what the hell is Council doing to try and stop these criminals? and I responded with virtually every point that Councillor Scott Nelson has just outlined and the frustration in their voice was more than apparent ” Councillor Jason Ryll said.

“They outlined the fact that they along with a number of their friends are investing in home security systems, home surveillance systems, they’re putting gates on their property. Not only are they locking their vehicles when they’re at home which is just good practice, but the fact remains that they’re doing all of these things out of fear because they’re worried that some scoundrel is going to invade their property and steal from them.”

Ryll added that that frustration is not just in that one conversation.

“There is a growing concerning sense of vigilantism in our community that I cannot endorse but I do understand,” he said.

“I don’t endorse it because it comes back to the two wrongs don’t make a right however I do understand the public’s frustration in this, and I fully support reminding the minister and the premier of our conservations that we had with them at UBCM. And I understand that judges and the crown are intended to be free of political pressure but the pressure has to be focused somewhere and if that remains with our provincial body, our provincial leaders than so be it.”

A similar letter was written to the province by Council in February 2018.

“To be blunt we are frustrated that we have not seen any satisfactory efforts made to address the ongoing threats to our community from criminals released on conditions,” Nelson said.

“The current situation places an unnecessary burden on the RCMP to conduct curfew checks where technology can provide a much more efficient, responsive and cost-effective means of monitoring compliance.”

CAO Milo MacDonald said all parties in the justice system have an obligation to balance the public’s interest against offenders’ interests.

“It’s in use in Alberta and it has been in use in Ontario. There are a number of jurisdictions where this has been used and of course we’re all bound to abide by the conditions of the charter and the criminal code which are both national wide pieces of federal legislation,” MacDonald said.

“Again there is support for this technology and it is in use elsewhere so it shouldn’t be insurmountable to do this.”

The City’s policing budget was 2.6 million in 2010 according to MacDonald, and they are anticipating it will be almost 5 million for 2020.

“The difference in the expenditures in policing hasn’t resulted in a decrease in crime and I don’t think the RCMP can be faulted for that. The breakdown is further up the chain.”