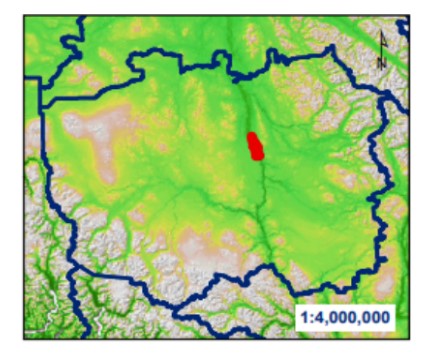 A Kelowna based company is seeking a five-year investigative license to determine the feasibility for a clean-energy project in the McLeese Lake area.

Cariboo Regional District Area D Director Steve Forseth says he has received inquiries about what the project would mean to the community.

“In order to get those questions answered I have asked the proponent, Sunfield Energy, to come up to the McLeese Lake Hall on January 15, 2020, from 7 to 8:30 pm,” he says.

“It will be no formal presentation. It would be just an informal way for people to get their questions and concerns answered. I have also asked a representative from Xat’Sull First Nation to come down so they can chat with the proponent one on one and hopefully people can know what’s entailed in this investigative license feasibility study and the next steps, and hopefully, we can move forward from there.”

The proposed Plateau Solar Project investigative area consists of two related areas on elevated terrain adjacent to Highway 97 about 34 kilometers north of Williams Lake and about 45 kilometers south of Quesnel.

Long term satellite observation according to Sunfield Energy indicates that the study area receives solar irradiance values similar to southern Canada and Northern US regions where solar power is in active development.

“The estimated Cariboo Regional District investment potential of the new clean energy infrastructure would be approximately $3 million to $100 million respectively, depending on any final project generating capacity,” Sunfield Energy wrote in an overview of the project.

“The project if constructed to the two specified capacities would be expected to generate enough low cost clean GHG emissions-free power to support regional industrial expansion and investment, or supply approximately 200 to 10,000 BC homes respectively.”