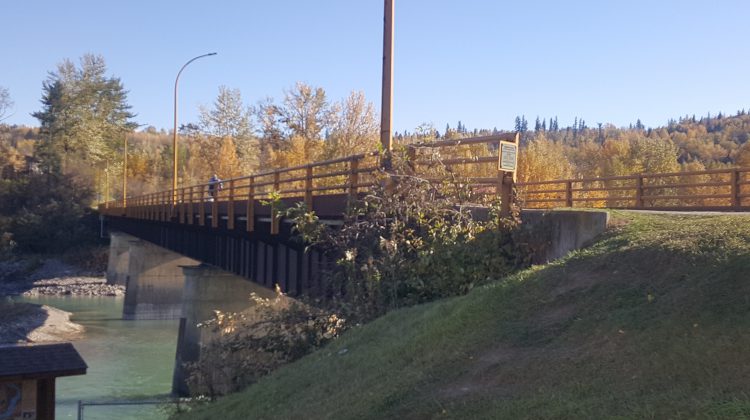 A 10,000 kilogram restriction was placed on the bridge by the City back in October of 2018 after a bridge inspection revealed some corrosion problems on some of the main beams.

An update was provided at last week’s City Council meeting.

“As we’re going to see in the Capital Plan, the earliest that Johnston would come back up to grading, to the grade of weight, is at least three years at the outside, probably more like five to six years because it’s going to require grant funding and so on, so we’re just going to put an options paper together and we’ll bring that options paper to Council.”

The cost is estimated right now at 4 million dollars, although Simpson noted that will likely go up by the time they can actually do it.

Industry used to use the Johnston Bridge prior to the restriction.

The update comes after letters were received from Inwood Trucking and Keis Trucking, effectively asking the city to divert truck traffic from Maple Drive onto Johnston Avenue.

Safety concerns have been raised since industry started using Maple Drive, concerns that Simpson says they are addressing…

“Looking at options for traffic diversion during emergencies and so on, looking at options for the diversion of some or all traffic, so unloaded trucks come out on Johnston and loaded go in on Maple, so we’re going to have an options paper. The Ministry of Transportation has some of it, the CRD and School District have some. Their part would be to look at can we get pedestrian traffic off Maple Drive ? There are side roads running parallel to Maple Drive on both sides.”

Simpson says no decisions have been made however, and a report will be coming back to Council.