Small business gets into the holiday spirit of giving 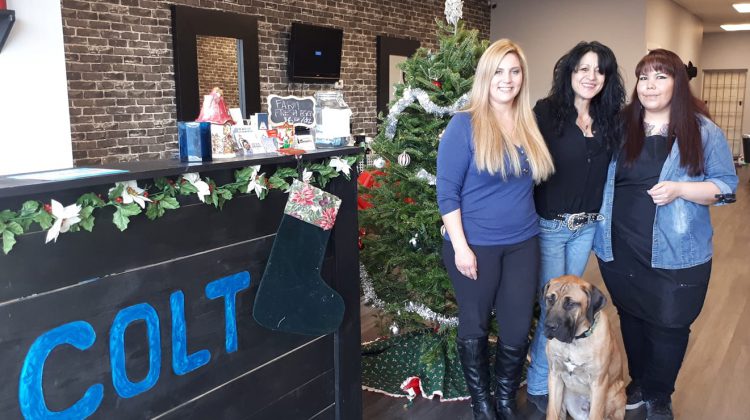 The staff of a small downtown business in Williams Lake are opening up their hearts this holiday season.

Formerly known as the Man Cave, Colt Barbershop is taking in donations of toys, preferably new toys that can be regifted, after having launched a toy drive for the Women’s Contact Society.

Owner and operator Christine Fernandez says they have also adopted some local families.

“Initially we had put a post on the ‘Williams Lake Ask It’ site asking to nominate families whether it was yourself or someone you knew that was in need of financial assistance, so when we had done that we had actually contacted the Women’s Contact Society as well and we had gotten a family through them,” Fernandez says.

“But from the outpour of the community we didn’t realize how many families are actually in need, so we have actually taken on four families instead of one and there are a lot more families that are in need that we just couldn’t’ get to so we would like to try to generate as many donations whether that’s gifts, clothes, or food-Christmas decorations even. Some families don’t even have trees.”

Fernandez says the support received so far has been overwhelming, and that Save-On-Foods has donated some trees with Canadian Tire donating $800 in toys.

“To be honest the people that you think are going to donate don’t always and the ones come completely by surprise that donate so much,” Fernandez says.

“We had a customer at the end of the day Friday who donated $100 and he has said he’s coming back with more from all of his employees, so it’s been humbling to see the community come together to try and help everybody.”