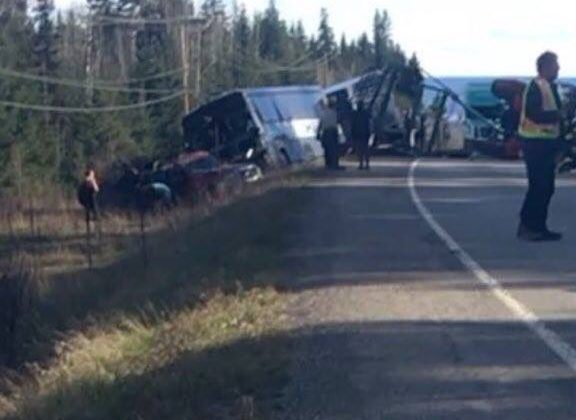 That was the sentence handed down to the driver of a Greyhound bus who was charged following a fatal accident in the North Cariboo.

31-year old Colin Lucas Dunlop pled guilty to a charge of driving without due care and attention in provincial court.

The charge followed an accident on Highway 97, just south of Kersley, in April of 2017.

Besides the bus, RCMP say the accident also involved a car, a pickup, and a tractor pulling a piece of farm equipment.

The tractor was being driven by Kersley resident Mike Bailey who was killed in the accident.

Dunlop and Greyhound Canada were also named in civil suits in connection with this accident.