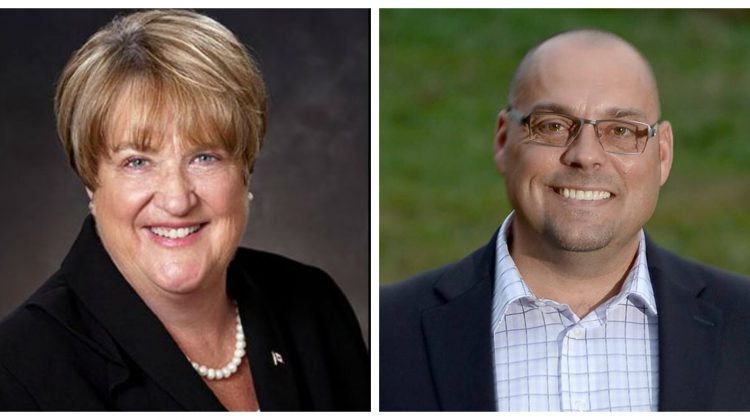 The Conservative Party of Canada has appointed its shadow ministers as the Canadian House of Commons will resume next week Thursday following the federal election that saw the Liberals claim a minority government.

“I worked for over two decades in the transportation industry and I’m very excited to actually be able to bring something that I’m very passionate about to my parliamentary duties, and I look forward to getting to work,” Doherty told MyCaribooNow on Friday.

Doherty was previously the Shadow Minister for Fisheries and Oceans.

“We just came out of a CN Rail strike that essentially paralyzed our country. The final numbers aren’t in yet but it’s expected to be in the 3 billion dollar mark in terms of the costs to Canadian industry and our national economy,” Doherty said.

“We know that over 80 percent of Canada’s forest mills are serviced by only one rail carrier and that is CN, we know that our forestry industry loses a significant amount of production time as well as dollars which could equate to job losses because of some of the inconsistencies in terms of rail service that has been seen as late. I look forward to looking with Minister Marc Garneau who I have a call with very shortly here on working to develop policy that really looks at positioning Canada further on the global stage.”

Doherty added there are issues on transport within the Cariboo-Prince George region that we should be looking at.

“Whether it’s the West Fraser Road issue that I look forward to once again to bring forward to Minister Garneau in the hopes that we can work with the provincial Minister of Transport, Claire Trevena, on getting a quick solution, a better solution to what we’re seeing over the last two years,” he says.

“Those people that are stranded out in that area, that is shocking and it’s unacceptable. I look forward to working across all party lines to actually find a solution on that.”

“I am stepping into this role as the crisis in the softwood lumber industry continues to unfold. At least 20 mills have been forced to shut down or curtail production. As a result, more than 4,000 people across 27 communities in B.C. are at this moment, out of work. This does not include the thousands of contractors and small businesses that have been affected indirectly,” McLeod said in a news release.

“Yet, Canada still has no softwood lumber agreement with the United States, and Canadian companies are facing devasting tariffs. Justin Trudeau has failed to make good on his promise to resolve the dispute.”