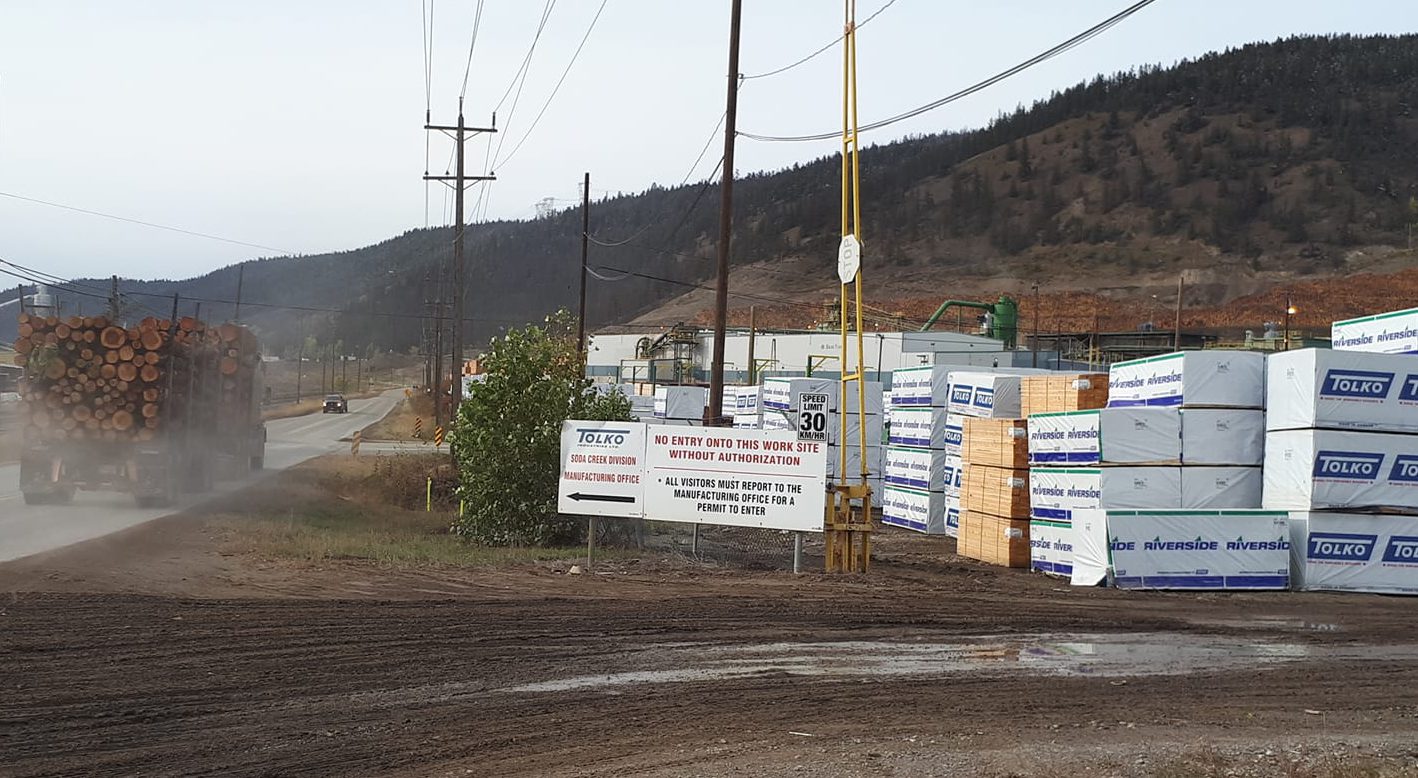 It’s unfortunate that it’s the workers that are left suffering according to the First Vice President of the United Steelworkers Local 1-2017.

Tolko will be further reducing its operating capacity at its Soda Creek Division in Williams Lake.

This will result in approximately 150 employees having their four day work week now reduced to three starting Monday.

Paul French says the frustrating thing for them is industry has gotten themselves in this spot.

“Years ago we had the pertency clause where timber was sent to the mills for a designated area in the free market,” he says.

“Just basically now they compete to buy the timber off each other, and so unfortunately when the market drops and the cost that they paid for logs isn’t valued for the price that they’re selling it for it’s the members that take the hit and our members are dropping like flies.”

French adds that they want to work with the companies and government to try and get this thing fixed. He says while West Fraser in 100 Mile House has returned from a three-day to four-day work week, employees remain on workshare and the operation like Soda Creek continues to be reviewed on a weekly basis.

“Throughout the local we have closures and reduction enforces. Just about every operation now is looking at taking Christmas down, I mean most people want Christmas off which is a good thing but under the circumstances that that is happening it’s kind of a scary thought because once they’re down are they going to fire back up?” he says.

As for the support programs recently announced by the provincial government for displaced workers, French believes the federal government needs to step up.

“The whole basis of that program was to try and get funding for training and of course the training is what are you going to train people for? There’s a whole a mull of things like there’s not enough money there to give some 55-year-old able to retire or pension-right now that’s not going to happen,” he says.

“Everyone has to work together and come up with what is tomorrow, what it is going to look like and how are we going to get this thing fixed.”