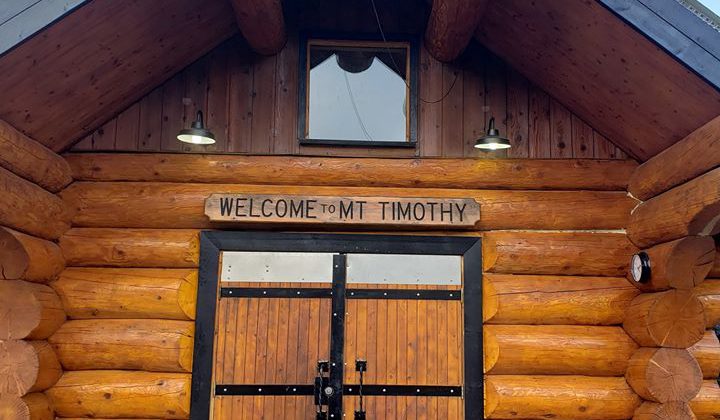 The finishing touches are being added to the restaurant and lodge at Mt. Timothy Ski Area.

An official opening is scheduled to take place next Friday.

“All of us are very excited. Some of our staff were former employees of the hill, so of course, they’re very enthusiastic and excited about the upcoming season and ourselves as an ownership group and management group we’re ecstatic,” said general manager Walter Bramsleven.

“We’re starting to feel the butterflies through the evening going okay we’re just about ready to go. It’s been an exciting adventure, it’s been a lot of hard work this year but that said we’ve had a lot of community support and a lot of positive comments from everyone being thankful that we purchased the resort and wanted to get things up and running, so it’s great for both communities of Williams Lake and 100 Mile House. That gives us more enthusiasm when we hear those kinds of comments from members of the community.”

Local government officials including Cariboo Chilcotin MLA Donna Barnett and Williams Lake City Councillor Jason Ryll will receive a preview of the restaurant and lodge on Wednesday, Nov. 13 before the official opening on Nov. 15.

“We’ve done a lot of upgrades,” Bramselven said. “The kitchen has been completely redone; it’s mostly in stainless steel, we’ve got ceramic tile flooring, we’ve got a new charbroiler grill in there and commercial dishwasher so it’s been added on to substantially as far as amenities for the actual cooks to cook on, and we got a really fancy live edge top bar at the front.”

“For the cashier area we’ve added some coolers and we’ve got a pretty decent menu-nothing too fancy but it’s similar to a pub menu. We are fully licensed as well,” he added.

“I can’t really comment on what’s happened in the past because I know there were some operators that did very well up here and they provided a great service. It’s kind of like compared to apples and oranges, so we’re starting new and fresh and hopefully, we’re as successful as some of the operators in the past and if not even more so, so we’ll see how it goes. That’s up to the public to judge.”

Listen to General Manager of Mt. Timothy Ski Area, Walter Bramsleven with the author of this report in the audio file below