Williams Lake to seek up to $25,000 for the creation of murals to reduce graffiti 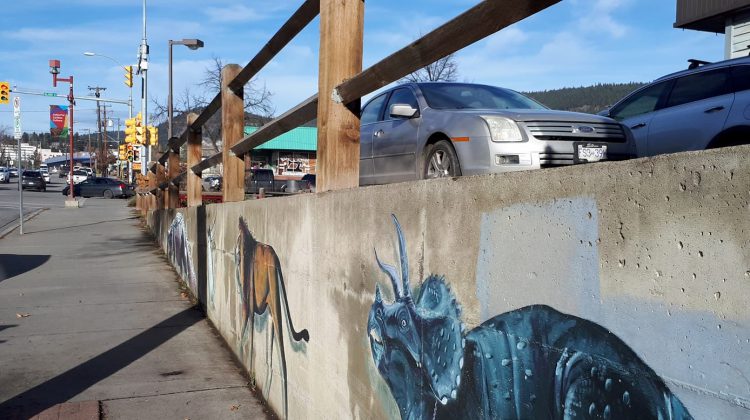 The Mural Capital of the Cariboo could be getting more murals added to its inventory.

The City of Williams Lake will be submitting a grant application through the Civil Forfeiture Crime Prevention and Remediation Grant Program for up to $25,0000 toward the creation of murals to reduce graffiti.

If successful in the grant application, Corporate Engagement Officer Guillermo Angel said the locations of the murals would be decided upon through conversation with their Protective Services departments.

“However, some locations have already been put forward for consideration such as the new pedestrian underpass constructed through the Highway 97 expansion project and the City-owned retaining wall at 3rd Ave N and Midnight which is often the target of graffiti and has been identified as a neighborhood concern,” Guillermo said in a report.

“We believe that not only is this an effective strategy to reduce the impact and prevalence of graffiti. It has spin-off benefits of beautification, esthetics and community pride which by reclaiming these walls takes back the community voice of the area. We would look to partner with local artists and the community arts council for the creation of the mural.”

CAO Milo MacDonald said a program will still require some work with property owners, artists and other stakeholders to be successful but securing the funding is the first step in this process.

“Any more murals that we can add to our inventory, will further strengthen our position as the Mural Capital of the Cariboo, and hopefully move us towards a prominent position of Mural Capital of BC currently held by Chemainus,” Guillermo added.