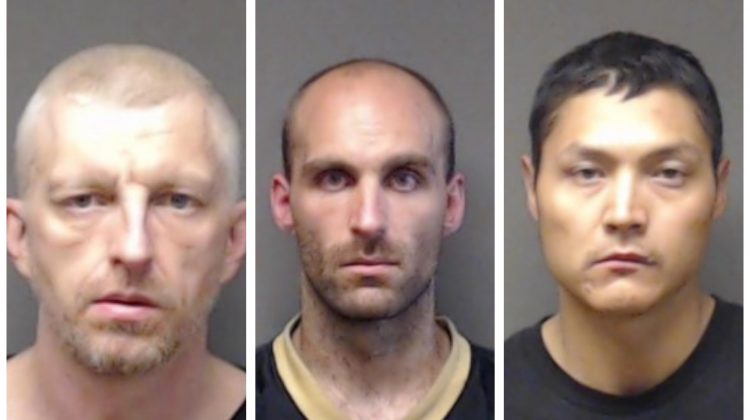 RCMP in Williams Lake are seeking the public’s help in locating three men who are wanted on various charges.

38-year-old Dustin McKeeman is wanted for two counts of possessing a controlled substance and for theft under $5,000. McKeeman is described as a Caucasian male, 6’0″ (183cm), and 161lbs (73kg). He has short brown hair and often has facial hair.

29-year-old Devin Myra is wanted on an unendorsed warrant after having been charged with theft from a motor vehicle under $5,000. Myra is described as a Caucasian male, 5’9″ (175cm), and 185lbs (84kg). He has very short hair and may have facial hair.

30-year-old Darwyn Sellars is wanted for firearms-related charges, resisting a peace officer and failing to comply with his release conditions. Sellars is described as an Indigenous male with short black hair and a scar on his lip.

Anyone with information on the whereabouts of McKeeman, Myra, and or Sellars is asked to contact the Williams Lake RCMP at 250-392-6211 or Crime Stoppers.

“Williams Lake RCMP would like to thank the public for assisting in locating Jamie Haller which resulted in the execution of five warrants,” Cst. Joel Kooger said.