McLeod re-elected as MP for Kamloops-Thompson-Cariboo 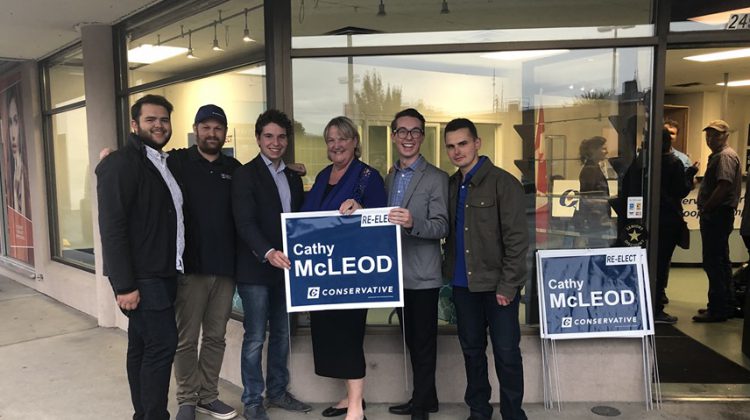 It was was a landslide victory for Conservative Cathy McLeod.

McLeod has been re-elected for Kamloops-Thompson-Cariboo after claiming nearly 45 percent of the total votes cast in Monday’s federal election, and a 17 percent difference to her nearest opponent Liberal Terry Lake.

“It’s always very humbling when the decision has been made,” McLeod said from her campaign office in Kamloops late Monday evening.

“We’ve been working hard and clearly the message from Conservatives is resonating, but also the map of Canada has to be a concern in terms of the divide in terms of the west and the east and other areas.”

A total of three parties each claimed less than two percent of the total votes cast for Kamloops-Thompson-Cariboo.

Claiming just over 1,000 votes was candidate for the People’s Party of Canada, Ken Finlayson who said while he was disappointed he was not grief-stricken.

“Certainly I’m surprised,” Finlayson said. “It’s just like you try to do something and you don’t get it done, I think that’s sort of a surprise. We didn’t enter this to lose but we did.”

Finlayson said a large number of people that he had met throughout the campaign had never heard of the People’s Party. He said he admires leader Maxime Bernier who was critical of the equalization payment formulation in Quebec and did not get re-elected.

Following the People’s Party for the lowest percentage of votes in Kamloops-Thompson-Cariboo were Kira Cheeseborough with the Animal Protection Party and Communist Peter Kerek.

Cheeseborough and Kerek each claimed less than zero point five percent of the total votes cast.

McLeod said her top priority now being re-elected will be the forest industry.