Tussock Moths Found In The Cariboo 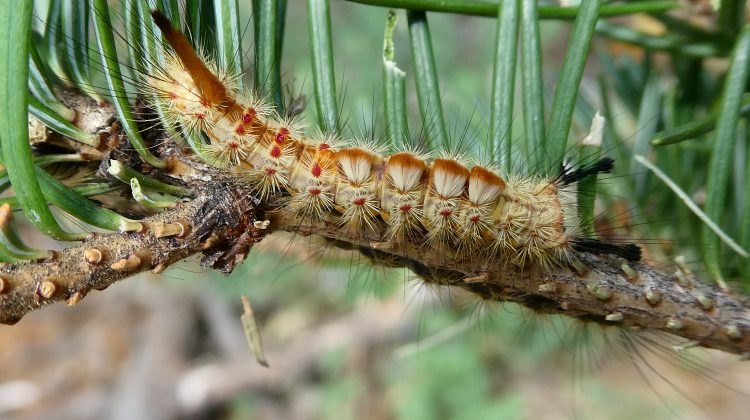 The Province is asking the public not to take firewood from the Wycotte Flat area south of Alkali Lake and the Dog Creek Airport area due to an outbreak of Douglas fir tussock moths.

Forest Entomologist for the Ministry of Forests, Lands, Natural Resources Operation and Rural Development, Lorraine Maclauchlan said the hairs on the moth caterpillars bodies can cause allergic reactions, and added that there is another to avoid removing wood from the area.

“Even more importantly they lay their eggs on branches or the trunks of trees and if people are moving the firewood outside of the outbreak area where they’ve killed trees you could also be moving the insects and start a new little outbreak which we don’t want to happen.”

Tussock moths can also cause significant damage and mortality to Douglas fir trees.

“In the area, we’ve located them up in the Cariboo, they’ve killed quite a swath of Douglas fir trees,” Maclauchlan said. “I think we mapped it at close to a thousand hectares.’

Tussock moth caterpillars feed on the needles of Douglas fir trees, eventually stripping and killing them.

Affected trees may appear scorched, with a reddish-brown coloring due to the loss of needles.

The Wycotte Flat outbreak is the furthest north the moth has been recorded preferring more southern areas with lower elevations like Kamloops and the Okanagan.