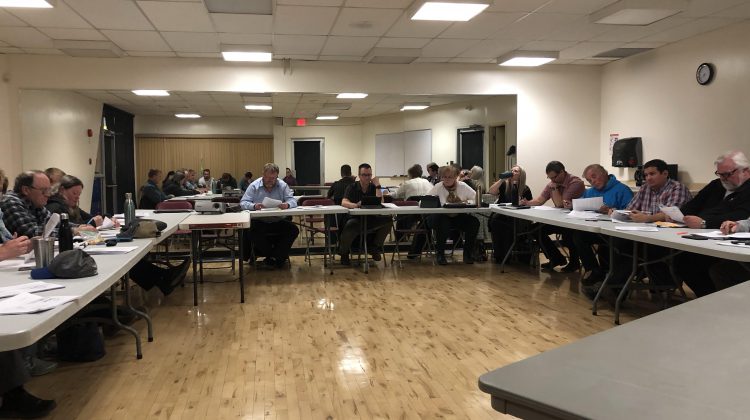 The four northern Cariboo Regional District Directors on the North Cariboo Joint Planning Committee are proposing a change to the voting structure, something that has in the past been frustrating for members of Quesnel City Council on the committee.

In the past a motion could be defeated if two of the four northern Regional District Directors on the committee were opposed to it, even if the two opposed were Areas C and I which have the smallest populations in the Sub Regional Recreation area, and even if the overall vote was 9-2 once the seven Quesnel City Council members votes were factored in.

What would now happen in that situation is that the motion will go the overall CRD Board for what is called a weighted vote.

Jim Glassford, the Director for Area I representing West Fraser and Nazko, explains…

“The city has four votes, Area A has three, Area B has two and C and I both have one, so if it went to the parenting body and there was a situation where the city and Area B voted for it, the three Directors would lose out anyways.”

Glassford says it was a big concession on their part…

“I think it’s a little fairer, it’s as fair as we can make it. The rest of the terms of reference really haven’t changed form what they were before, which the City voted on and passed, so this is a win for them. In the spirit of cooperation, that’s why we did it, and I think it’s a good thing.”

The proposal will now to a City Council meeting for discussion before coming back to the next Joint Planning Committee meeting in November.