Nearly $6,000 and counting raised from loggers BBQ in Williams Lake 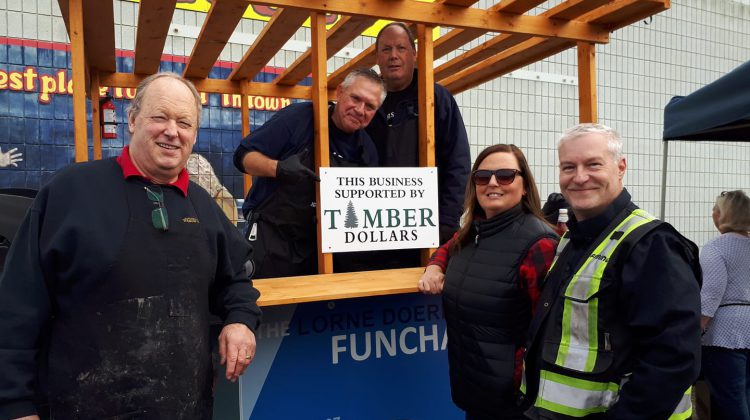 Not all of the donations are in yet, but the total so far is pretty impressive.

This past Friday Leslea Destree helped organized a by-donation loggers barbecue for loggers and workers impacted by the downturn within the Province’s forestry.

Destree says she was overwhelmed by the number of people that stopped by to show their support and how much they’ve collected so far.

“We’re around the six thousand dollar mark,” she says. “So we still have to pick up a couple of donations that people had called into us, so that’s what I’m kind of waiting for.”

Destree says the barbecue was a community effort that received a lot of support from many businesses. She says the money raised will be used to purchase gift cards from local grocery stores that will then be distributed to as many families as they can.