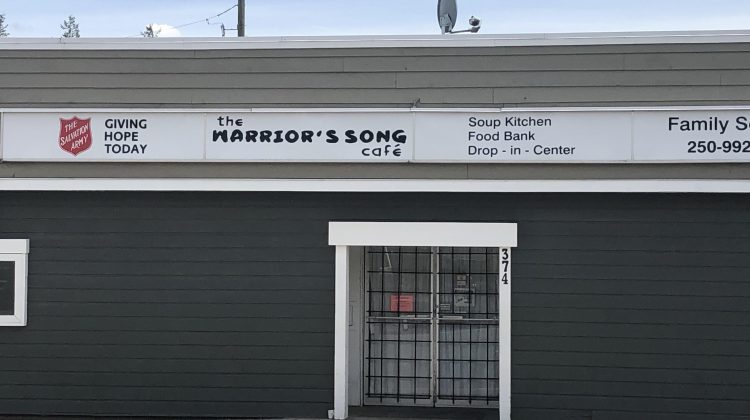 It was a very busy summer for the Salvation Army’s Warrior Song Cafe in Quesnel.

“From 11 until 12-30 is lunch and usually we get, we’ve been at times getting 80 to 100 people, throughout the summer there we were getting up into the 140’s and 150’s. The building can carry 50 to 60 people. It’s to a point where we had to make a rule that people can drop in and sit during drop-in time but at lunchtime you need to eat and leave because we need the seats for others coming in.”

Gatsa says they rely on donations to feed everyone and she says Quesnel residents and businesses have been very generous this year.

She says a recent food drive was very successful…

“The Mormon church just did a huge food drive and we got over 6,000 pounds of non-perishables, like can foods and pastas. They do that every September, we just get a huge amount of food from that. They go around to the community and put out bags with information on it and then people put the non-perishables on there and the volunteers then drive around and pick up the food, people put it out on their steps.”