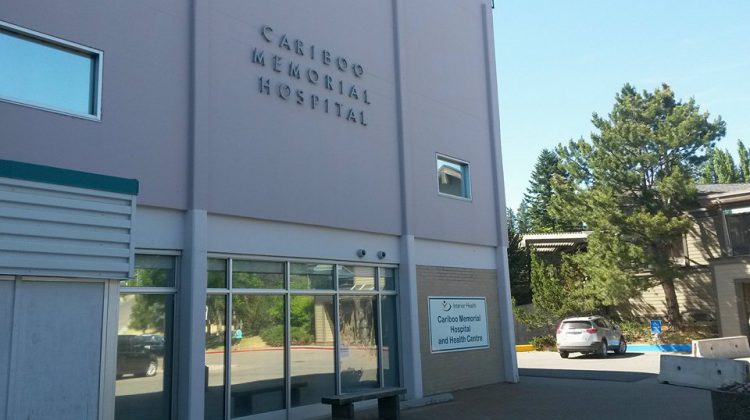 The Cariboo Chilcotin Regional Hospital District (CCRHD) will be considering the adoption of a necessary bylaw at their next meeting on Oct. 25 after having approved nearly 87.1 million dollars of its cost-share for the redevelopment of the Cariboo Memorial Hospital (CMH) in Williams Lake.

“The CCRHD contributes 40 percent to capital projects for both Interior Health and Northern Health, so we had already preapproved when the business plan was submitted that we would contribute our 40 percent,” chair Bob Simpson said Friday.

“What we did today was affirm with a number around 87 million dollars. We’ll now move into the bylaw phase because we have to do it by bylaw, but as we learned today the number isn’t hard yet until a successful proponent is awarded the contract and then the actual project is designed and ready to be built.”

Interior Health said the total budget for the project as per its business plan is $217.745 million.

Simpson said it does not appear that the CCRHD’s funding in the amount of $87,099,000 will change.

“The planning that Interior Health did, they built in a pretty significant contingency knowing that the actual building of this won’t start until 2021, so they have quite a large contingency,” Simpson said.

“Our hope would be that you would either hold at the level it’s at or it would be slightly lower, but the market just now is pretty unstable.”

The project according to Interior Health has been split into two phases. Phase one (new build) is the construction of the CMH expansion and includes a new emergency department, medical/surgical inpatient unit, maternity services unit, and pharmacy. Phase two is the renovations to key areas within CMH.

Surface parking on the property will also be expanded to accommodate future growth at the site.

“Interior Health is proceeding with the procurement phase of this project, therefore, a request for qualifications will be prepared by November 2019 seeking qualified companies to design, build, and renovate the project,” Donna Lommer, vice president of Support Services and CFO said in a letter to the Cariboo Regional District’s Chief Administrative Officer, John Maclean on Aug. 29.

“The entire procurement process will take approximately 18 months to complete. Subsequently, the construction period of both phases will be approximately six years.”

Simpson said they have been saving as a regional hospital district for quite some time and that they have a large reserve because not only is the Cariboo Memorial Hospital project proceeding so is the GR Baker Hospital addition in Quesnel.

“So we have two large projects at the same time,” he said.

“It’s always been assumed that we would have to borrow for some of the funding but as we saw today, the payment schedule for the CMH project would be over a number of years. So our staff will be looking at the best borrowing window for us to actually borrow the money that we need to contribute, but our taxation will remain effectively the same over the coming years.”

(Editor’s Note: Listen to CCRHD chair Bob Simpson with the author of this report in the audio file below)