COS locate lost hiker in the Chilcotin 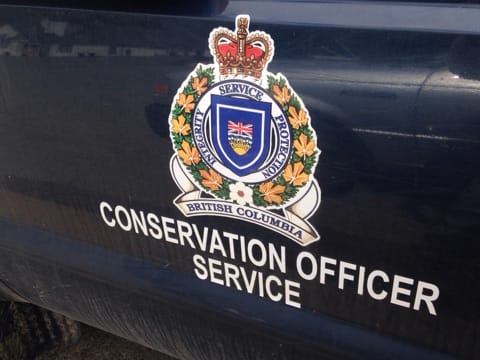 While investigating a complaint in the Chilcotin, the BC Conservation Officer Service was able to rescue a lost hiker.

Officer Nicole Caithness said they were using a helicopter on Sept. 17 to investigate a complaint regarding a hunter group who shot a big-horned sheep and left the meat on the mountain in the Taseko Lake area.

“While conservation officers were en route flying to the area a call came in from the Victoria Joint Rescue Coordination Centre about a missing hiker believed to be in the same approximate area,” Caithness said Thursday during a media teleconference on recent human-wildlife encounters and enforcement operations.

“A hiker from Squamish hiking by himself in a rugged backcountry had activated his emergency locator beacon.”

Caithness said officers were able to get dropped off in the area where they found the hiker who told them he had gotten ‘in over his head’ and needed help.

“He was flown to a nearby lodge after which the CO’s continued with their investigation.”