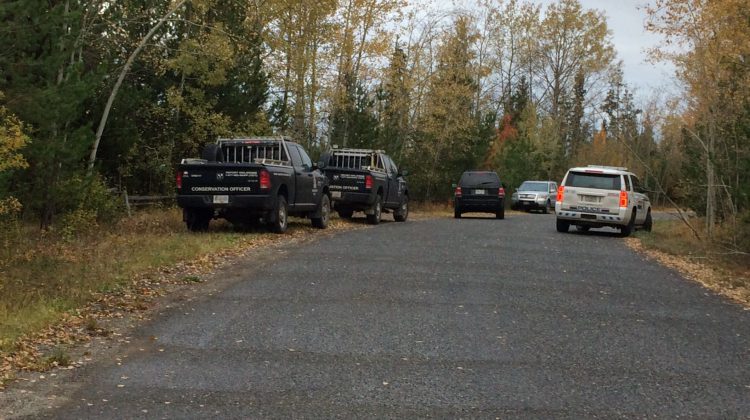 Update 3:30 PM: RCMP have released further information about a deceased male found outside a residence on Stokes Road south of 100 Mile House.

Staff Sgt. Svend Nielsen said they were called to the residence yesterday morning after neighbors found the man.

Conservation officers were called in as there was some damage to the remains caused by animals.

“After the consultation, it was determined there is no danger to the public,” Nielsen said.

Police said the major crimes unit has been stood down, and the RCMP will continue to support the coroner’s service. Police said firm identification is not yet possible, but the family of the resident of the address is being kept informed.

Update 9 am Oct. 3: Authorities in the South Cariboo are continuing to investigate a suspicious death.

100 Mile RCMP with BC Ambulance and BC Conservation Officer Service attended to a report of a death along Stokes Road in 100 Mile House on Wednesday, Oct. 2 at approximately 3:25 pm.

“Upon arrival, a male had been located deceased outside the residence,” S/Sgt. Sven Nielsen said.

“Currently, members are holding the scene to continue the investigation this morning with the BC Coroner Service along with the support of North District Major Crimes, Central Cariboo Forensic Services and a southeast RCMP Police Service Dog team from Kamloops.”

Nielsen said no further information will be shared at this time.

“The location could be held by Police for several days in support of the investigation,” he added.

“RCMP do not believe there is any risk to the general public due to this investigation.”

Previous Story Oct. 2: 100 Mile House RCMP and the BC Conservation Service are on scene at a residence on Stokes Road south of 100 Mile House this afternoon.

Officers on the scene could not release any details at this time.