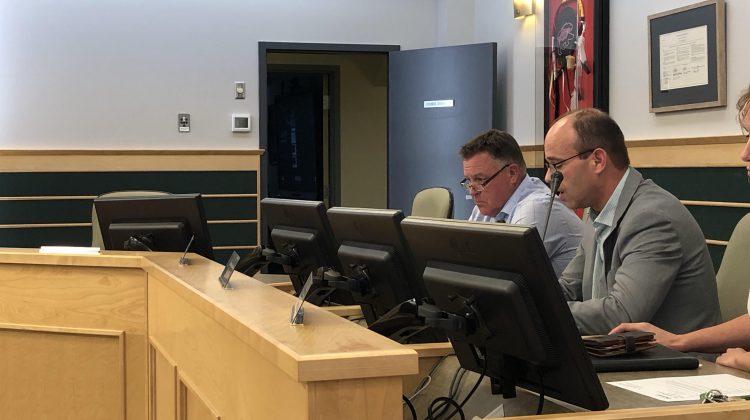 Quesnel City Council has announced its intention to declare a climate emergency and has also adopted a number of targets for reductions in greenhouse gas emissions.

Council will also establish a carbon reserve fund with the carbon tax refund to support climate action and outreach.

In terms of reaching these goals, Aben noted that help from the senior levels of government will be needed…

“Zero emission car incentives and infrastructure, funding for renovations and retrofits, continued increases to the Carbon Tax and the low carbon fuel standard are all policies that will have residence in our community.”

When it comes to the city corporate reductions, which would require a reduction of at least 42 tonnes per year, Aben says fuel makes up 69 percent of the corporate carbon footprint…

“We use a lot of fuel in Quesnel between us and our contractors for snow removal and our public works. Checking tire pressure regularly would result in about a three percent reduction in fuel, installing idle shutdowns on the trucks can save up to five percent in fuel consumption, and just to let you know they won’t turn off the trucks in the winter, we understand that those trucks are needed for warmth in the winter.”

He says another big one is Telematics GPS tracking….

“Adding Telematics to our fleet, we know where the vehicles are, we can identify inefficient vehicles, inefficient drivers, reduce fraud from fuel theft, and it looks like it may reduce our liability on other issues as well.”

The idea behind declaring a climate emergency is to give the city some leverage in pushing the senior governments for help.

Councillor Ron Paull was the only one opposed to this….

“I am a little apprehensive about this one only because there are other community issues that we’re not declaring an emergency on and I want to be really cognizant of that. That we don’t, in declaring a climate emergency for Quesnel, that we’re not sort of belittling any of the other causes that are equally deserving, in fact possibly more deserving of being declared an emergency.”

Aben, who is with the city for the next 18 months, will now come up with a plan to try to meet all of the goals that have been set.