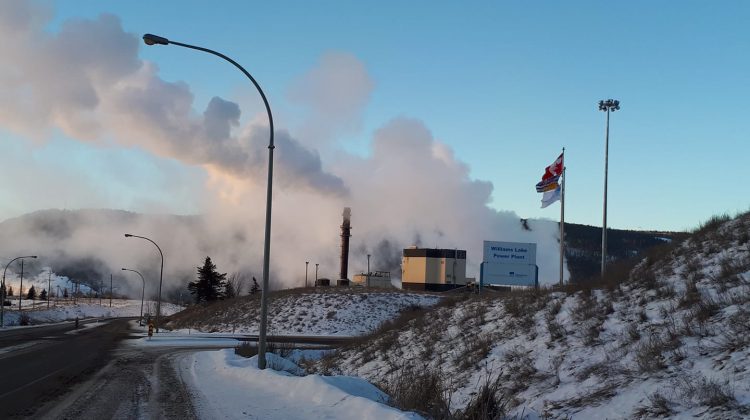 It couldn’t be better news according to the Mayor of Williams Lake.

Atlantic Power announced Tuesday that it has signed a new ten-year energy purchase agreement with BC Hydro for its biomass plant on Mackenzie Avenue North in Williams Lake.

“I was afraid when I saw who was calling that it might be bad news,” Walt Cobb told MyCaribooNow.

“But I was very happy that the agreement has been signed and that it’s for ten years. Now, all we’ve got to do is work on making sure that they’ve got enough fiber to operate.”

The plant had been operating under a short term energy purchase agreement since April 2018 that expired last month.

Atlantic Power said under the new agreement, the Williams Lake biomass plant will receive a fixed price per megawatt-hour for energy produced.

It adds that conditions in the BC timber market for the past couple of years have adversely affected both the availability and cost of fuel, and with a long term agreement now in place, they are evaluating fuel supply options and plan to provide earnings before interest, tax, depreciation and amortization (EBITDA) guidance for Williams Lake under the new agreement at a later date.

Atlantic Power also plans to undertake several maintenance projects in Williams Lake that will result in a higher level of maintenance expense for the plant in 2020.

“As we have highlighted previously, biomass plants provide benefits beyond the generation of electricity, including support for the local economy and timber industry, and environmental benefits, including forest management,” Executive Vice President of commercial development, Joe Cofelice said in a news release.

“We are very pleased to be extending our longstanding relationship with our customer BC Hydro at Williams Lake in order to serve the interests of consumers, the environment and the local community. We thank all those in the local community who supported our efforts to obtain a new long-term contract for this plant.”