Local government there as truck protest rolls in 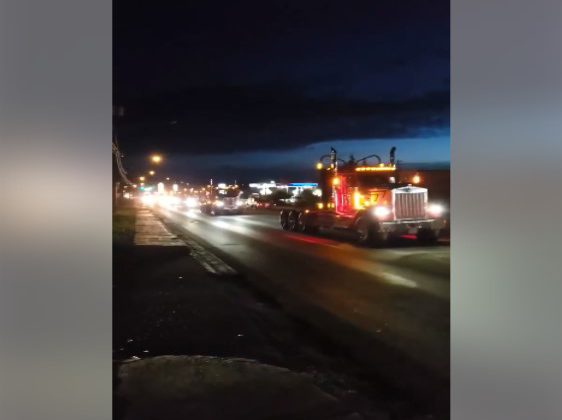 The Cariboo-Chilcotin was well represented on the political side as more than 200 logging trucks rolled into downtown Vancouver.

“The horns began to echo around all the buildings in Vancouver so you could hear them half a mile away,” Fossum said.

“Then they appeared and it was quite a sight.”

The convoy’s intent was to highlight the downturn in the forestry industry in BC.

Local drivers from all through the Cariboo left early Wednesday morning to join the provincial protest convoy in Merritt.

The downturn in the industry is having a continuing impact on many BC communities including 100 Mile House, Williams Lake, and Quesnel.

“We respect the need for the truck loggers to have their voices heard – not just by our government, but by the broader community, so there’s understanding in our urban areas, as well,” said the Ministry of Forests, Lands, Natural Resource Operations and Rural Development.

“This is an important part of the democratic process.”