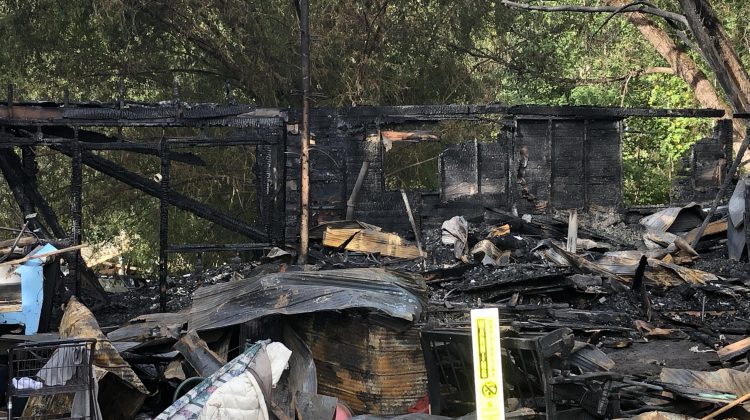 Fire Chief Sylvain Gauthier says they got a call at around two o’clock.

He says it wasn’t there first time to this location…

“The building previously suffered serious fire damage earlier this year, so the building was vacant and when we showed up on the scene the structure was fully involved so there was nothing left to save.”

Gauthier says the fire is definitely suspicious in nature…

“I can honestly say that the fire is suspicious in nature as there was no power and no gas, so it was deliberately set inside the structure.”