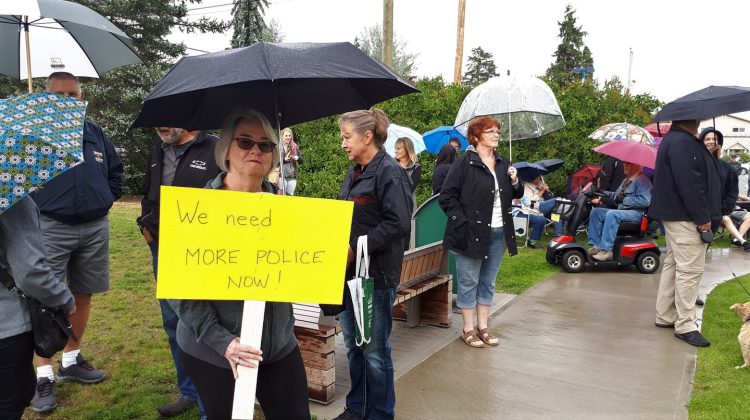 Mayor Bob Simpson says that is something that historically has not happened.

He says even though they have funded 21 in the past, they have been lucky to have 17 or 18 actual bodies on the ground.

Simpson says they have lobbied both the province and the federal government to change that, and he says they have even added two officers to the budget…

“We’ve now increased the compliment to 23 and because again we’ve been lobbying hard and our Staff Sargeant has been working hard, it looks like moving into 2019-2020 we will be looking at about 22 officers and then hopefully we will get up to 23 in 2020 so we have seen an actual creep up in actual bodies on the ground.”

Simpson says the community, in responding to a budget survey, indicated that it was willing to pay more in taxes to add police officers.

It costs roughly 100 thousand dollars to fund an officer.

Simpson says the city will have a surplus if they don’t get these bodies, and he says they’ve also committed to put that money into safety initiatives if it’s there.

He says some communities are getting frustrated with the RCMP, although he says that is not the case in Quesnel…

“The RCMP is still a federal agency and even though the municipality contributes 70 percent towards the detachment we don’t have a lot of oversight and direction or input into how the detachment is staffed or deployed. That’s why municipalities like Surrey have made a decision to go to their own local police force and I understand there are rumblings in Prince George that they may do the same, it’s an ongoing frustration. We currently have very good relationships through our current Detachment Commander and he works with us very closely to make sure we deploy resources in a strategic way in the community, but not all communities enjoy that kind of relationship.”

Simpson says they will also continue to work with the organizers of the rally against crime that was held at city hall last month.