Quesnel Dominates At BC Rodeo Finals 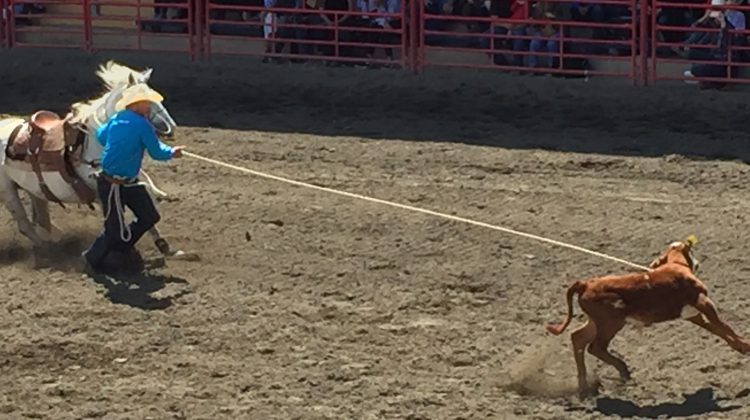 A Quesnel cowboy was a double champion at the BC Rodeo Finals in Barriere over the long weekend.

Steve Lloyd, a former Canadian Tie Down Roping champion, repeated as a BC champion.

He won two of the three go rounds, one with a time of 8 and 8 on the final day on Monday, to take home 35-hundred dollars.

Lloyd also won the Team Roping with partner Kyle Bell of Houston for another 22-hundred and 50 dollars.

Dustin Spiers from Quesnel and Riley Isnardy from Cache Creek were the runner-ups.

And Denton Spiers, also from Quesnel. repeated as BC’s Bull Riding champion with an 81 on Sunday for just under two thousand dollars.

Quesnel’s Eric O’Flynn was third overall for 12-hundred and 66 dollars.

Jori Cripps from Williams Lake was second in the Breakaway Roping for $2,250 and Jordan Monical from 100 Mile House won the Novice Roughstock event.