Fines Can Be Levied in Cases of Bear Attractants 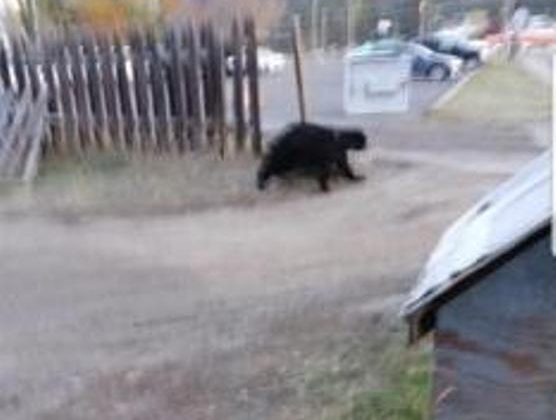 Keep your garbage locked up until pick up day.

That’s the message conservation officers in 100 Mile want everyone to know.

Bear sightings due to attractants and garbage being left out are becoming more frequent in the town of 100 Mile House especially in the area of Spruce avenue on the south end of town.

Joel Kline is an officer with the BC conservation service in 100 Mile and says fines can be levied against homeowners who leave attractants for bears. He hopes that is a step that won’t be needed.

Kline asks everyone to keep their garbage bins secured until the day of garbage pickup.

Tips on being bear aware and securing attractants can be found on the CRD and conservation service websites.