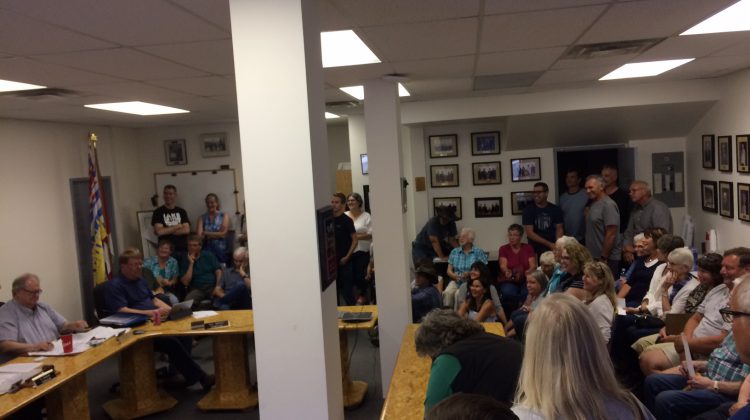 It was standing room only in 100 Mile House District council chambers Tuesday night.

A public hearing on rezoning land brought over 70 concerned residents to the hearing to have a say. The rezoning would clear the way for a possible cannabis production facility on property adjoining the Exeter truck route along Highway 97.

A similar hearing held by the Cariboo Regional District in Williams Lake Aug. 8 had no public attendance at all.

While the hearing was strictly regarding the zoning change, many took the opportunity to express a negative or positive opinion regarding the project.

Concerns raised included increased crime in the area, odor from the facility, and its proximity to Hillside Community Church.

The amendments to the zoning will be discussed at the next regular council meeting on Sept. 10.