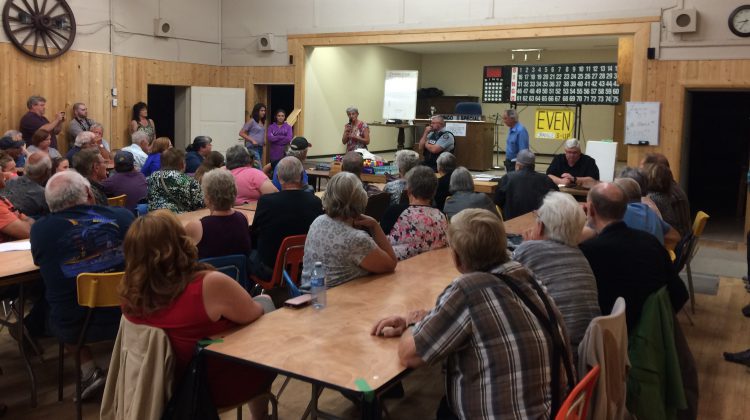 A public meeting addressing crime and drug concerns in Lac la Hache drew a crowd of about 180 to the community hall Tuesday night.

“Residents got a chance to vent some of their frustrations and be very articulate about the challenges they are feeling in particular on Clarke Avenue in Lac la Hache,” Richmond said.

“What I hope that we have been able to convey back is that there is a gap in what is being reported to the authorities that would allow them to act.”

Alcohol and drug concerns, public safety and safety in the school zone, as well as speeding vehicles on Clarke Avenue have been concerns for some time in Lac la Hache.

RCMP are also frustrated and say citizens need to go on record with incidents so charges can be laid. Also discussed was the lack of available police resources. Several suggestions were made, including a citizens on patrol organization, similar to 100 Mile House.

Richmond said he will continue to lobby for solutions to the communities issues and work with RCMP.