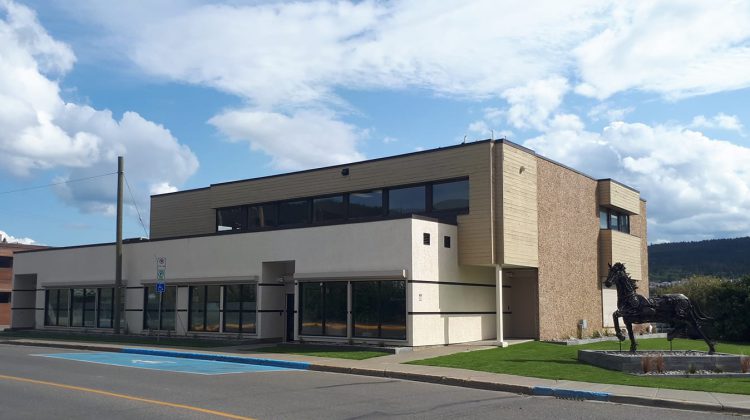 A display of artifacts and photographs commemorating the inaugural Williams Lake Stampede held in 1919 will be housed at the Williams Lake Indian Band’s (WLIB) downtown office in Williams Lake.

The Government of Canada is providing the Band with $95,000 through the Legacy Fund component of the Building Communities Through Arts and Heritage program.

“Initially the concept was to do sort of a large display of cultural items from Williams Lake and we jointly with the Legacy Fund determined that we would do something with the stampede. There were several years during the wars where a stampede wasn’t held so were realize we’re not at that number of annual stampede yets, we’re not at 100, but we are the 100th anniversary of the very first stampede,” said WLIB Natural Resources coordinator and archeologist Whitney Spearing.

“Part of the display is obviously the horse sculpture that is in front of the new WLIB downtown office -that is part of one of the showpieces. The other portion of it is a cultural display on the interior of the building, so this is sort of a room that is an interpretative space that’s meant for displaying of artifacts that were found at the Stampede during an archaeological excavation there last year, as well as any photography and heritage items that both have to do with First Nations culture and settler culture.”

Spearing said they are currently working on the larger display cabinet for the artifacts that are stored in the laboratory downtown.

“We’re hoping within the next couple of months that we’ll have a full interpretative display available for public viewing.”

The first organized, large-scale event for members of the local community, the Williams Lake Stampede also coincided with the construction of the Pacific Eastern Railway through the area and represented a period of growth for the town.

“The Government of Canada is proud to invest in commemorative projects that help create a greater sense of community and highlight significant moments in the history of our communities,” Pablo Rodriguez, Minister of Canadian Heritage and Multiculturalism said in a news release.

“We are delighted to contribute to the display for the commemoration of the 100th anniversary of the Williams Lake Stampede and help celebrate the region’s rich heritage.”