A Class Act Leaving Performances In The Park 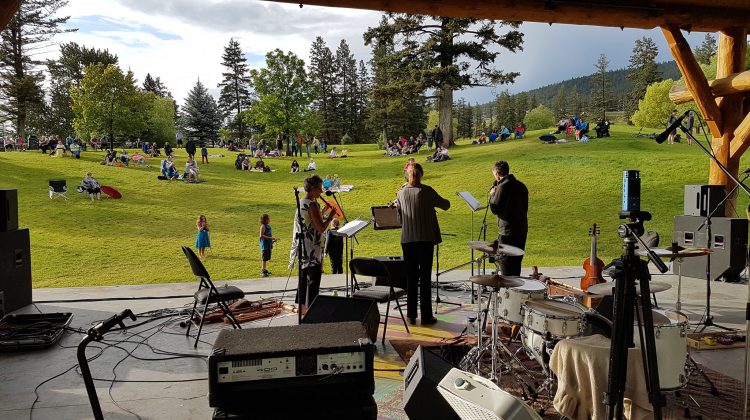 After 7 years of organizing a traditional Williams Lake summer concert series, the curtain is about to come down on its event coordinator.

It’s the final Performances in the Park season for Angela Sommer and she reflects on how she got the position after receiving a phone call from the Board of the Central Cariboo Arts and Culture Society.

“Their Event Organizer had just taken a job somewhere else and they were short a person to do it and that was in May, my first year and I took on the event and got it together for July first, I believe that was the one where we actually had Canada Day and Performances in the Park on the same day.”

Sommer said after that she was offered a 3-year contract to continue organizing Performances in the Park.

During the seven years she’s been even co-ordinator, Sommers said Performances in the Park has really grown when it comes to musicians applying to be a part of it.

“People from Australia, the States, wherever they came from to perform at the park and some of them are phenomenal musicians and the other thing we did, we always kept spots open for local musicians, and especially for young, up and coming ones that are just getting their feet wet.’

What she’ll remember most during her time as Event co-ordinator is the great support they’ve received from the Williams Lake business community.