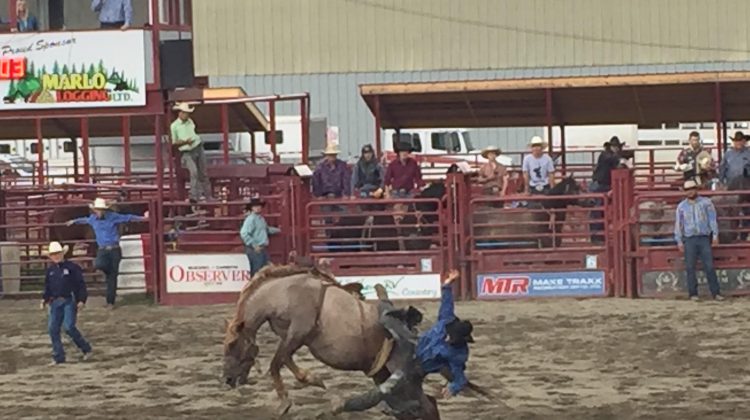 A couple of Cariboo competitors cashed a cheque on the Canadian Pro Rodeo circuit over the long weekend.

Brooke Wills, from Quesnel originally, was 7th in the Ladies Barrel Racing in Strathmore, Alberta for a nice payday of 16-hundred and 59 dollars.

And Virgil Poffenroth from Riske Creek earned a 7-8 split in the Tie Down Roping in Grimshaw for 182 dollars and change.

There were a couple of events in the BC Rodeo Association over the long weekend.

Taylor Cherry, from Quesnel, won the Breakaway Roping at the Whispering Pines rodeo near Clinton and was also the runner-up in the Barrel Racing for more than a thousand and 50 dollars.

Quesnel’s Steve Lloyd and his partner Chad Evanson from Pritchard won the Team Roping with a time of 6.2 seconds for 575 dollars each.

And Eric O’Flynn from Quesnel was second in the Bull Riding at the Interlakes Rodeo at Roe Lake for 585 dollars.

Wade McNolty from 150-Mile was second in the Steer Wrestling for 445 dollars.