An exciting day for WLIB as new Elders building opens 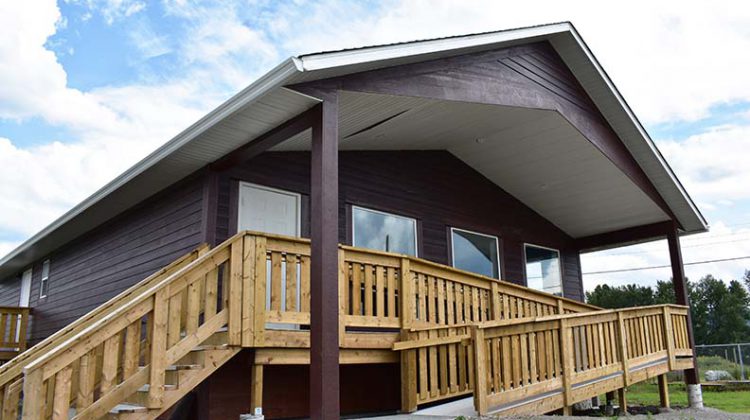 Elders with the Williams Lake Indian Band (WLIB) now have a permanent space of their own to be able to connect.

The Band celebrated the grand opening of its Elders building this week.

Community support worker/elder worker Carla Berkelaar said Monday was an exciting day that was long-awaited as it took over a year for the building to come to what it is today.

“We had elders and guests there from Canoe Creek and Dog Creek,” she said.

“We had some Councillors Rick Gilbert, Joanne Moise, Andrew Meshue and Shawna Philbrick. Unfortunately, our Chief Willie Sellars was away for work so he’s out of town, but it was a really great coming together of everybody.”

Berkelaar added they were able to hold their very first elders meeting in the building Tuesday morning with twelve elders, three guests, and two staff members.

She said the Elders building is the result of a partnership with Thompson Rivers University and the joint efforts of Chief and Council and the Band’s Administration and Housing Department.

“It’s just their own space that they can call their own.”