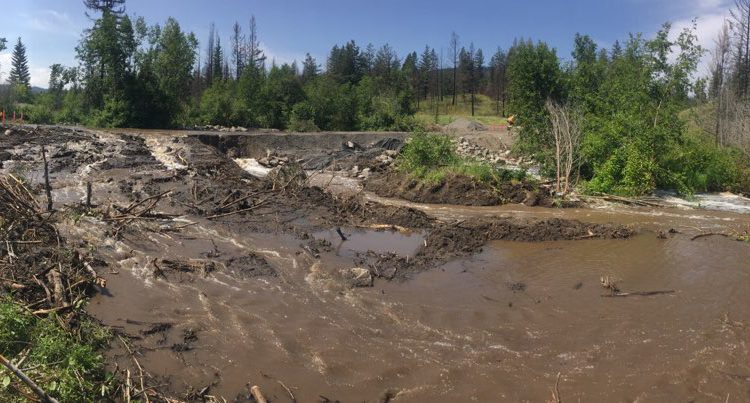 Portion of Taseko Road (photo supplied by Ministry of Transprotation)

Plans are underway or in the works to repair the roads west of Williams Lake that have been washed out due to the flooding of the Chilcotin River and it’s tributaries.

Todd Hubner, the District Manager of Transportation for the Cariboo District, says they are making progress on some roads such as Whitte Road, but he says they can’t say at this point when any given road is going to re-open…

“It’s really going to be based on water levels, the degree of damage and how quickly we can access those areas, but the public can have confidence that the Ministry and the contractors are not sitting idly by waiting basically. We are preparing in advance for when those water levels do recede and we’re going to initiate repairs as quickly as we can.”

Hubner says there are six or seven side roads that are impacted.

“It is a fairly large area in terms of landscape. Roads such as the Taseko are 100 kilometers long so we do have some damage at various points along it, it’s not significant from what we can ascertain at this point, and yet other roads such as Sky Ranch basically are still under water, so we just need some time and less rain basically to initiate the repairs.”

Hubner says between Dawson Road Maintenance, Ministry staff and private contractors there are probably upwards of 40 people working on repairing the roads right now and he says that number will likely go up once the water levels go down.

He says it’s much too early to estimate a dollar amount on the repairs.