Judging the Judge in Historic Barkerville 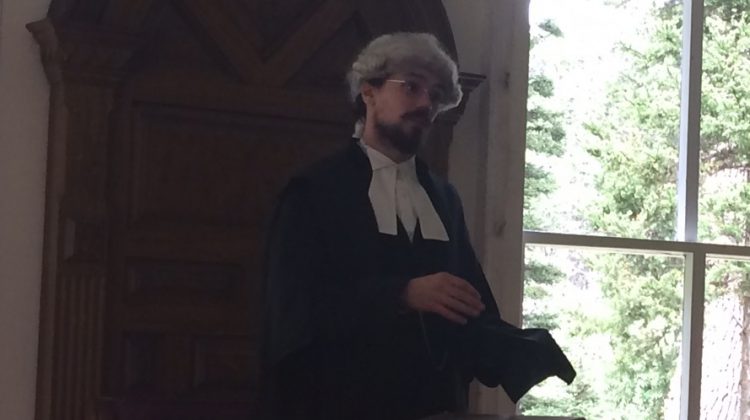 A historic Cariboo figure is making the news again nearly 130 years after his death.

A statue of Sir Matthew Baillie Begbie, first Chief justice of British Columbia in the late 19th century, was removed from the courthouse in New Westminister last weekend.

Begbie was the judge that sentenced six Tsilhqot’in chiefs to death in 1864, and his history and legacy are controversial.

Begbie is part of the town of Barkerville’s historical interpreter program, and the park has had actors playing the role of the judge and telling the story of Begbie and other early judges and the law, for decades.

James Douglas, Barkervilles Public Programming and Global Media development head, says “We do talk about both sides of the man’s personality, because obviously there were some very good things that Judge Begbie did while he was here, and there were, from our perspective, some very bad decisions that he made. We would never want to try and focus on just one piece of that.”

Douglas says that within some of the parks interpretation programs, they do speak to the ramifications of the Chilcotin War.

He says they are in consultations with first nations partner groups as they develop a permanent indigenous Interpretation program, which is premiering later this season.

He says the interpretations are constantly evolving in order to present the most accurate information.