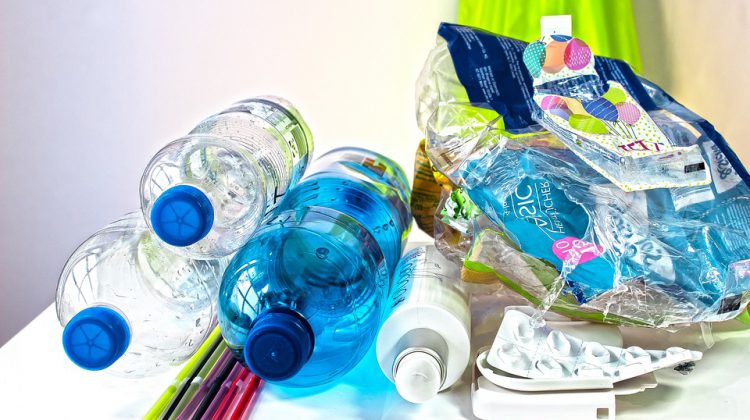 Updated: A ban on plastic bags, styrofoam, and straws could be coming to Williams Lake.

Williams Lake City Council spoke in unanimous favor of a single-use plastics ban starting with those items following a delegation at Tuesday’s committee of whole council meeting by concerned citizen Erin Hitchcock who had launched an online petition garnering 1,300 signatures.

“I am quite in favor,” Councillor Craig Smith told MyCaribooNow.

“I’ve known Erin for a long time and I’m a big fan. She texted me asking me what I had thought and as it would happen I had just finished a project for my masters on recycling business in a different country as one of my project topics. So I had done quite a bit of research on the amount of single-use plastic that is still around to the point if we’re talking shopping bags 95 percent of them have never recycled; they are still somewhere whether they’re in the landfill or they’re floating in the ocean, or when I was in Egypt I was watching bulldozers push garbage into the Nile and it just floored me.”

While Smith acknowledged Williams Lake is a small city he said he believes every little bit is going to help.

“We’re not the first City to do it but we’re definitely not the last,” he said.

“There’s I think three or four in front of us so the draft bylaw is easily copied so we don’t have to a horrendous amount of staff time to create the legislation and of course we have to give the businesses in town that are using single-use bags ample opportunity to come up with alternatives, so I’m really excited; I mean Prime Minister Trudeau did say that 2021 he was going to ban single-use plastic bags across Canada. Now whether it was an election promise or whether it will come to fruition, I don’t know, but if we can do it sooner in Williams Lake why not?”

Council will now vote on directing staff to draft a bylaw for further consideration at the next regular meeting.

“I can’t wait to see what’s going to happen with it,” Hitchcock said.

“There are a number of communities across B.C. that have different ban bylaws that they’re working on or have in place, and I feel really strongly that there are some definite key items that need to be banned first including plastic bags, straws, and styrofoam. There are others that should be banned as well but I think we need to go in phases and start with some of the main ones first.”

(Editor’s Note: This article has been updated to clarify when Council will direct staff to draft a bylaw for further consideration)