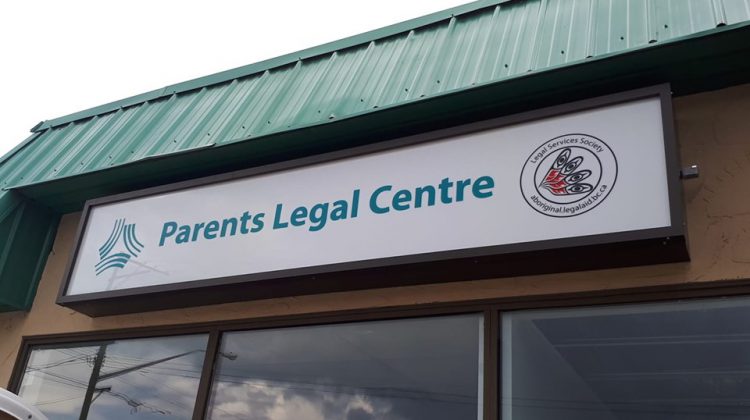 The Legal Services Society is in the process of preparing the permanent office space that will help parents and people standing in for parents facing the possible government removal of children from the family home.

“There was a number of engagement sessions that were held across the province, and those engagement sessions came about partly from a recommendation from Grand Chief Ed John’s reports that were released in November 2016 and he highlighted a real need. As legal aid knows there’s a high need for representation for Indigenous families,” said Katrina Harry, managing lawyer for the Parents Legal Centre in Vancouver.

“Anybody who is dealing with the child welfare system needs the support and advice of counsel or should be obtaining it.”

Harry added although Indigenous people make up six percent of the population about 40 percent of all child protection clients are Indigenous.

“It’s not the last, but there are seven offices that have opened up since the fall of last year.”

With the permanent space at 96 Third Avenue yet to soon open, Harry said the Society is already providing services in Williams Lake by having lawyers who are available every court list at the courthouse as well as having an Aboriginal community legal worker that assists clients with their non-legal issues.

“What we are finding is that we’re meeting the need through all our locations,” Harry said.

“What we do with our clinic is that we reassure people that we are there to represent them as soon as they are contacted by a social worker, so as a social worker lets them know that they are under investigation or that they have questions for them we do the outreach with community and frontline workers and families to let them know that they should apply to legal aid to see if they qualify for the service.”