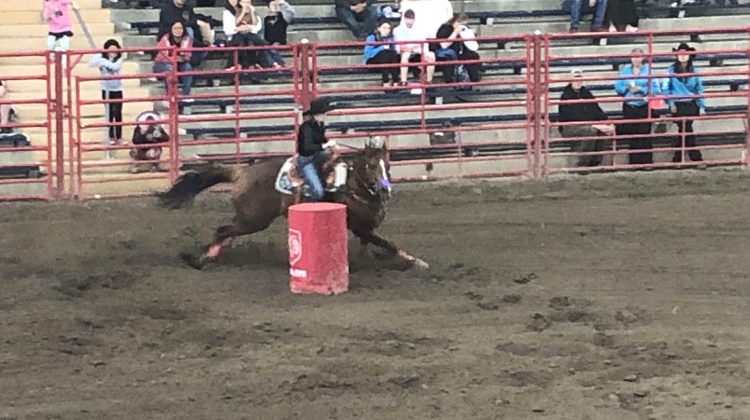 It was a profitable weekend for a former Quesnel cowgirl on the Canadian Pro Rodeo circuit.

In addition to cashing a cheque for more than a thousand dollars in Williams Lake, Brooke Wills also won money in both Airdrie and Ponoka.

Brooke was 11th in Airdrie for 350 dollars and she was 8th in Ponoka in round one and also placed 8th in the average for a total of just under 23-hundred dollars.

Her sister Lane Wills also did well in Ponoka, placing 12th in the short go and 11th in the average for 12-hundred and 88 dollars.