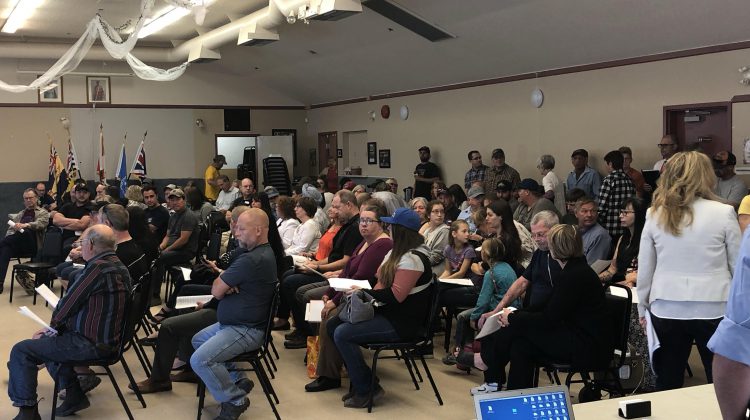 The forest industry is in crisis and we need help.

That’s the message that Cariboo North MLA Coralee Oakes hopes people will send to Victoria and Ottawa following a meeting with contractors and forestry workers in Quesnel yesterday.

Oakes says it is also important for financial institutions to send the message to Toronto that additional supports are needed to help small businesses and contractors, and she says that ask also has to be made by the province to the federal government as well.

‘A lot of times small businesses and logging contractors feel left out of this conversation. And my hope today was that they recognize that certainly the panel, the opposition MLA’s and MP, we get it and we’re going to fight to make sure we find those supports that are necessary for contractors, for small businesses and for employees.”

Upwards of 200 people attended yesterday’s meeting that was held at the Royal Canadian Legion in Quesnel.

Oakes was joined at the head table by others, including Liberal Forestry Critic John Rustad and Cariboo-Prince George MP Todd Doherty.

Besides concerns, they also heard some suggestions from the audience including the need for increased skills training, finding a solution to the softwood lumber dispute, and a couple around fire mitigation.

“A program that would provide a living wage for some of the displaced workers and contractors to get contracts to go out in our community and do a lot of the fires mart work that needs to be done. I believe we’d probably be looking at the provincial government and the federal government working together to provide support that would provide a higher wage to the employees.”

Another idea around fire smarting was for Ottawa to provide a tax credit or even a rebate to people take care of that on their own land.