Accommodation Tax Pulls in Over $600,000 For Tourism Marketing Since Being Implemented

A three percent short term accommodation tax has pulled in about $646,000 within the Cariboo Chilcotin Coast region for tourism marketing opportunities since being collected by eligible tourism accommodators.

“The committee is really pleased with the results that the Municipal and Regional District Tax (MRDT) generated as well as what we’ve been able to leverage,” Cariboo Chilcotin Coast Tourism Association CEO Amy Thacker told MyCaribooNow.

“It was primarily about driving awareness and getting the building blocks in place to be effectively using our marketing to drive towards businesses. Because it was running in the winter which is not known as our core season, it was an incentive campaign such as buy three for the price for two,” she said.

“It was quite successful on the awarenesses scale with over 45 million impressions. But the part that I was think was most significant for our businesses in that time they drove over 6,7000 direct stakeholder referrals, so consumers to engage with this marketing content followed it down the funnel to click on one of the businesses on the website with the intent to book and purchase.”

This year’s new marketing campaign will shift towards storytelling.

“We’re now no longer on sales. That’s not really how we want to drive that to our region, and a lot of the marketing is shifting more into experiential, storytelling, and engaging content, ” Thacker said. 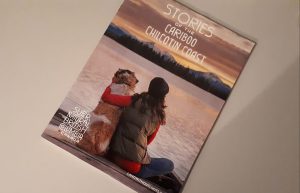 “All of you who are on any social media know that that whole video, vertical storytelling is where the consumer shift is going, and the team is now building that up to roll that across all of our campaigns.”

Noting that the travel guide looks very different this year, Thacker added that that storytelling element will also come through their print materials.

“It is not a compilation guide of a list of communities and places that you can go in the region. It is a storytelling book that reads more like a B.C magazine and drives higher reader engagement, readability, and inspiration to actually come here. The girls have been on the road distributing with over 30,000 delivered to businesses and visitor centers already this year, and the consumer feedback that we are getting has been phenomenal.”

City Councilor and hotel owner, Scott Nelson said at Tuesday’s Committee of Whole Council meeting that he would like to see more of a ‘local flavor.’

“What I don’t see is Williams Lake in terms of hiking, in terms of our stampede, our rugby, things that put bums into bed that are collectively paid out of Williams Lake hotels. I would like to see more of a local flavor so that we’re seeing a return on investments for Williams Lake,” he said.

“I obviously like the big picture and I think it creates that opportunity, but I think that as we are going to go through some tough times in the next couple of years, I think we need to push some local amenities.”

Thacker said the shift towards the experiential storytelling telling will help that.

“We’ve partnered with fishing resort outfitters association, the farmers’ market, and trail alliances this year to look at this how we can fund and tap into some those specific passion groups to do some more localized pieces.”

The accommodation tax commenced in May 2018 with the City of Quesnel choosing not to participate. The District of Wells according to Thacker is the only area in the region that had been collecting MRDT meaning that they are grandfathered in and will continue to collect for their community as they always have.

A marketing committee to ensure that marketing is being created out of those tax dollars was established with members having been nominated by collecting accommodators. Williams Lake is currently represented by Sean Braid of the Sandman Hotel Group.