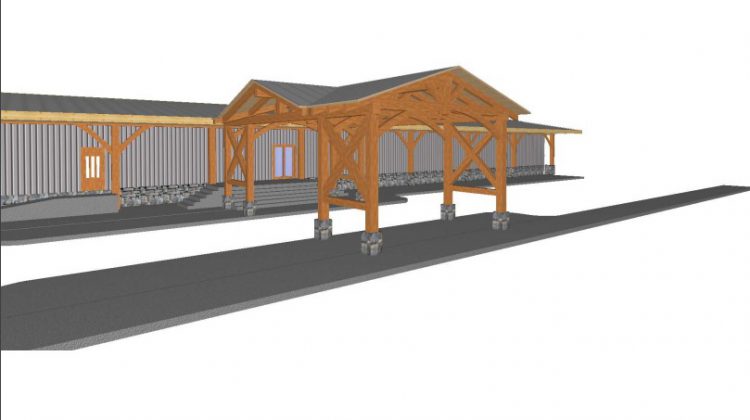 The entranceway to the Williams Lake Regional Aiport will be getting a new look.

“I spoke with OT this morning and they’re very excited about getting started,” said Gary Muraca Director of Municipal Services.

“They plan to get it started fairly soon with the completion of late August, early September.”

Muraca said while the Airport Master plan has identified the need for a new terminal building at some point in the future, the structure as in all of the proposals that were submitted is freestanding and can be moved if required.

“I think it will be fantastic for the community,” he said.

“It is going to be a game-changer up there. It’s going to be something that’s going to take a building from the 1960s and it’s going to give it a facelift, and it’s just a good entranceway to the City of Williams Lake for residents or people commuting or traveling to our area.

A total of $120,000 has been budgeted for the airport terminal building entrance improvement project.

“This is in addition to the other projects that we’re doing up there,” Muraca said.

“So next week we’ll be paving the road up to the airport from the highway as well as in early June we’ll be doing the ring road around the airport, and we’ve got new stairs up there and we’ve done new railings.”