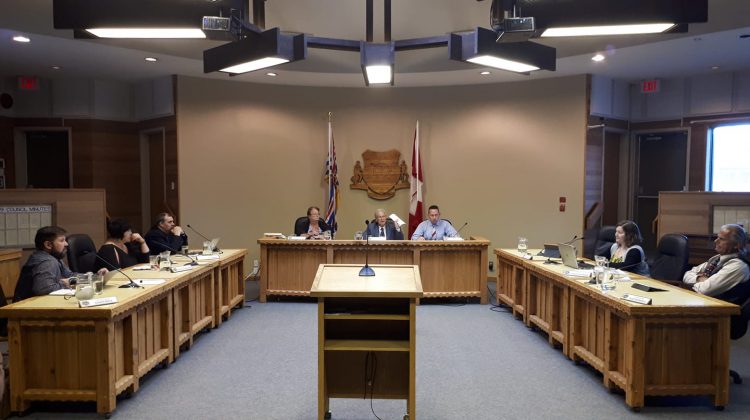 A request for a cannabis store at a new location in downtown Williams lake will not be going forward.

City Council rejected a request by Earth to Sky Cannabis for a development variance permit and rescinded the public notification process for the proposed store at 105 Second Avenue North.

Councillor Ivan Bonnell said he was disappointed on how Council proceeded on trying to welcome an enterprise into the community in that they had established a year ago about how they would procedurally move forward with.

“This applicant got rejected five months ago at one location and has now come back for a new location at a second site and it’s only six lots down the road on the same street,” he said.

“My concerns were that I would think the same points that were received through the public process the last go around that led council to deny the request are still going to be here being that we’re only an extra hundred feet or two hundred feet down the road. The way we proceeded here this evening, I think was not very reflective of how welcoming and inviting Council is to the opportunity for business to come into the community so I hope we can make an improvement on that.”

Council had carried the recommendation to direct staff to initiate the public notification process but later rescinded it after a tied vote on accepting the application for a development variance permit.

Councillors Craig Smith and Sheila Boehm voted against both recommendations. Smith said nothing had changed except the applicant having gone across the street.

Earth to Sky Cannabis’s previous proposal for a store in the part of the building housing End of the Roll was rejected by City Council in January due to the close proximity to the Salvation Army and parking concerns. A development variance permit was approved by Council, but support for the provincial license referral was defeated following a public hearing.

(Editor’s Note: Councillor Scott Nelson did not vote on the recommendations Tuesday. Nelson who owns 68 Broadway Avenue North where another cannabis store had been proposed left council chambers after declaring a possible conflict of interest.)