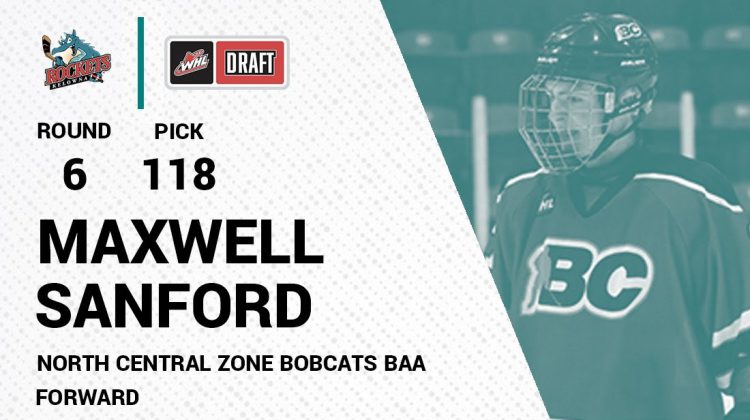 Forward Max Sanford of Williams Lake went to the Kelowna Rockets in the 6th round, 118th overall.

The Prince George Cougars ended up going back-to-back in their first-round selections at the WHL Bantam Draft in Red Deer this morning.

After completing a trade with the Winnipeg Ice, which saw them trade down from the number two spot to select third and fourth overall, the Cats selected defenceman Keaton Dowhaniuk from the Okanagan Hockey Academy (OHA) Edmonton Program.

With their second pick, they went back to the OHA program and picked forward Koehn Ziemmer.

Ziemmer’s offensive flair was on full display with the OHA bantams collecting 76 points in just 27 games, including 37 goals and 39 assists.