Some North Quesnel Residents Are Calling For “A Better Bypass” 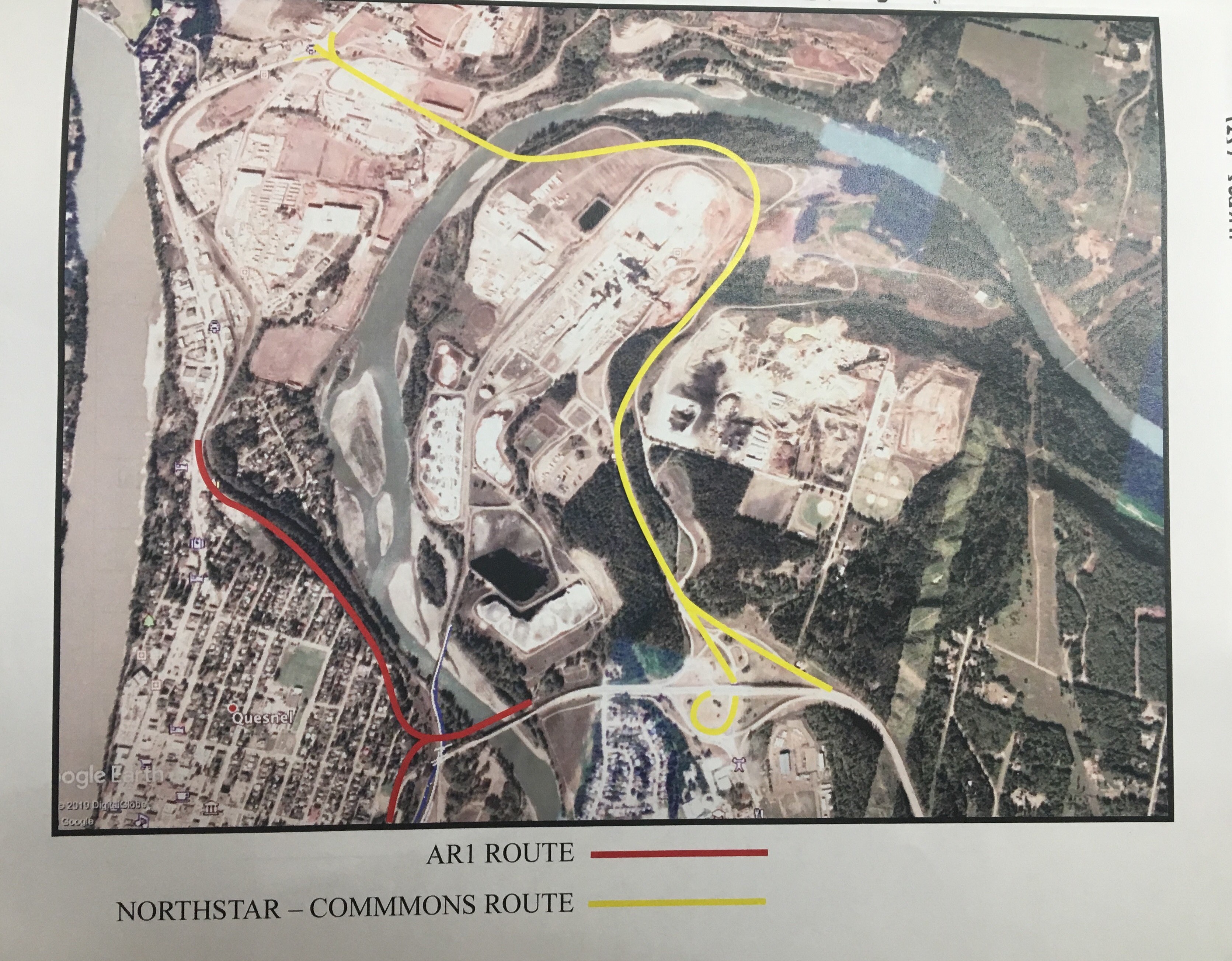 Nielsen says his proposal is all on public land that wouldn’t require the expropriation of any property.

Nielson’s house is one of those that would be expropriated under the plan currently being proposed for a Highway 97 North-South Interconnector.

“Well first of all, of course my house is going, but North Quesnel is a pristine location, and all the talk about greenhouse gasses, they’re taking down the trees, and to build this alternate route they have to spend a lot of money because they have to raise it up, i think it’s 60 feet. There is a housing shortage in Quensel right now and the banks aren’t giving mortgages on this alternate route already, there is just so much that I am opposed to.”

Nielson says his proposal would cost roughly the same as what is being proposed, adding that they have sent a letter to the Premier, the M.P, MLA and Ministry of Transportation.

He says they’ve yet to receive a response.