B.C’s Agriculture Minister Makes a Visit to the Cariboo 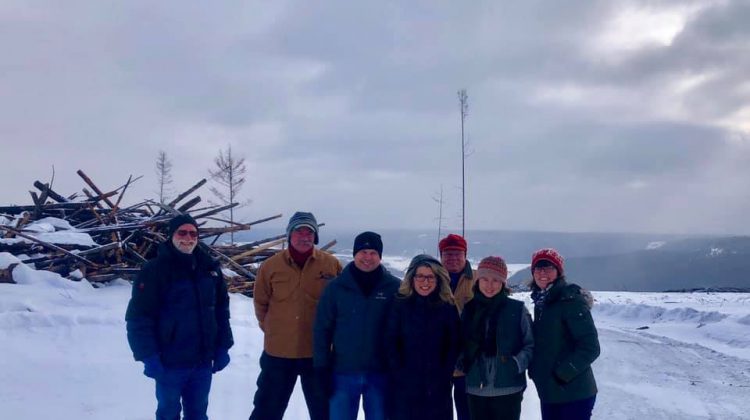 The Province’s Minister of Agriculture was in Williams Lake.

“I try and make it out to everywhere that I can in British Columbia while I’m outside of the legislature. We start sitting next week so this is the last week that I had of freedom, and I love the Cariboo,” Lana Popham told MyCaribooNow Friday.

“I started learning about the ranching community almost ten years ago with a tour through the Cariboo so I feel really close to it. I have a ton of contacts here so I made sure that we set up meetings over the last three days touching base with people, making sure that I’m on top of the issues before I go into the House, and to talk to them about the stuff that I’ve moved ahead on my mandate which is important to them.”

After a number of meetings Friday at the Williams Lake TRU campus, Popham said she toured an area that was devastated by the 2017 wildfires and has since been logged.

“There are some challenges that we’re going to have,” she said.

“How do you manage the forestry industry with the agriculture industry? I think that it’s been challenging in the past, but there’s new interest in trying to figure out how to do that and share the land base, so it’s a really exciting time. There’s some positive stuff that will come out of some difficult times that have happened and I feel that this visit was really positive.”

Popham met with a number of agricultural stakeholders mainly from the Williams Lake area on Thursday.