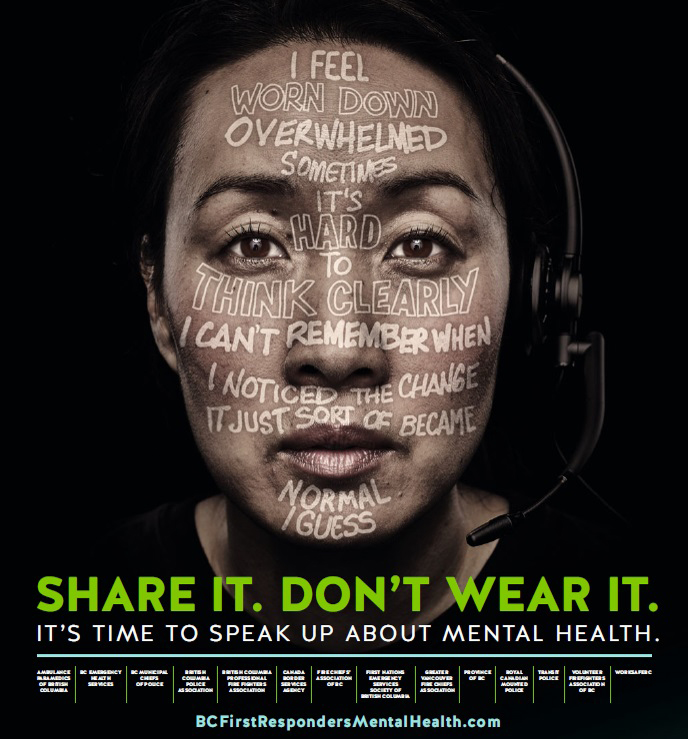 Joining the 350 participants from across the province is President of the Volunteer Firefighters Association and Lac La Hache Fire Chief, Terry Murphy.

“I hope through the work that the First Responder Mental Health Committee is doing that we get awareness out,” he said.

“I know that there are fire departments from all over B.C. including the Interior-the Cariboo and the North that the people attending the conference will be able to take awareness back to their fire halls or back to their regional districts.”

Murphy is one of 16 people on the multi-agency B.C. First Responders’ Mental Health Committee chaired by WorkSafeBC that is bringing together the two-day conference.

“The Committee as a whole is very excited. The response to the conference was overwhelming,” Murphy adds.

“This is the first conference the committee has put on and it’s kind of testing the waters, and we’re hoping to be able to move it around the province.”

The Committee according to Murphy has been sitting together for roughly three years and wanted to get out accurate, helpful, and informative information.

“I can’t pick one specific information session that I would be going to that would be more important than the others. I think it’s going to be two full days of very good information.”

34 speakers and panelists will address topics ranging from recognizing symptoms of operational stress injuries and peer-support strategies to the latest research in the field.  WorkSafeBC Acting Senior Manager, Gillian Burnett said highlights include fire Chief Bobby Halton on understanding and breaking down stigma around mental health, and Dr. Stephanie Conn, a psychologist and former police officer, on building resilience.

“People still don’t want to admit weakness. It’s always been about the patient for first responders – we tend to think that the people we’re dealing with have these issues, not us,” said Bob Parkinson, Committee member and health and wellness director, Ambulance Paramedics of B.C.

“This conference is one way to support each other and send the message that no one needs to be alone with this.”

10 percent of allowed claims for mental health disorders at WorkSafeBC in 2016 and 2017 were for first responders.