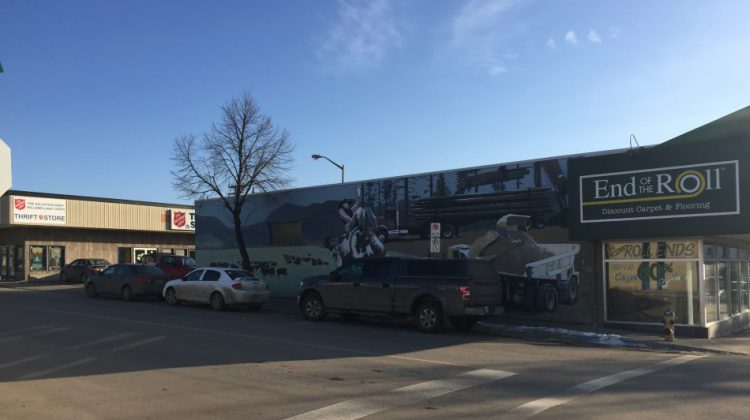 Disappointed is how Earth to Sky Cannabis, formerly FLORA Cannabis, says its feeling after the recommendation to support their provincial retail cannabis license for a proposed downtown store was defeated by Williams Lake City Council.

“I was reading over the official community plan, and in that plan, it seems like Council’s objective is really to encourage business downtown, encourage commercial growth downtown, and last night it didn’t really seem that was what they were trying to do,” Sean Bruce-Hayes said.

“I heard a lot of fears around what potentially could happen with a cannabis store without any real evidence to support what those fears were.”

Bruce-Hayes who works with investor and Earth to Sky Cannabis owner Ian Laing in Victoria adds that they were more than willing to work on any of the concerns that came up and work with law enforcement.

“We’re very unaware of different areas that might be perceived as problems, and unfortunately with cannabis retail stores we’re already set to such a high standard on where we can locate,” he said.

“We have setbacks already in place on schools, on daycares, on other areas in certain areas of town, sometimes parks, and sometimes recreational areas. But if you start factoring in every single potential sensitive use you sterilize the City and then where are we going to locate? In the outskirts or on some ara that isn’t frequented by anyone? There has to a balance between yes we’re aware of the sensitive areas and in actually allowing us to operate somewhere that people are going to frequent.”

“Who’s going to be the new operator that wants to come into downtown? are they going to be open and willing to work with the community like we were? I don’t know,” Bruce-Hayes said.

“I don’t think we’ll be looking around. It’s already very competitive in the way that it’s structured. It may be impossible for us to find a new location, but definitely, with what went down last night I think we might be looking at other areas that are more open for our business, for us to spend money in their community, and to create jobs.”

As for the parking and traffic concerns that were raised, Bruce-Hayes said that is an existing problem that has to be managed by Council.

“Saying no to new business because of parking concerns and traffic concerns in your downtown core is not a precedent you want to set,” he said.

“That’s just telling businesses you don’t want to invest in our downtown which is completely opposite to the official community plan that Williams Lake has.”

Earth to Sky Cannabis currently has two stores under construction in B.C. in downtown Trail and Sooke. Bruce-Hayes adds that they’re working closely with the Town of Maple Creek, Saskatchewan as Laing purchased a historic building on main street.

“Maple Creek was thrilled to have us. The main reason we’re not open yet is because we have been working so closely with them to make sure we have right design with what they’re trying to achieve in their downtown, and they have a tour they do of the downtown historical so we want to stay in that and just fit the design that Maple Creek is looking for.”