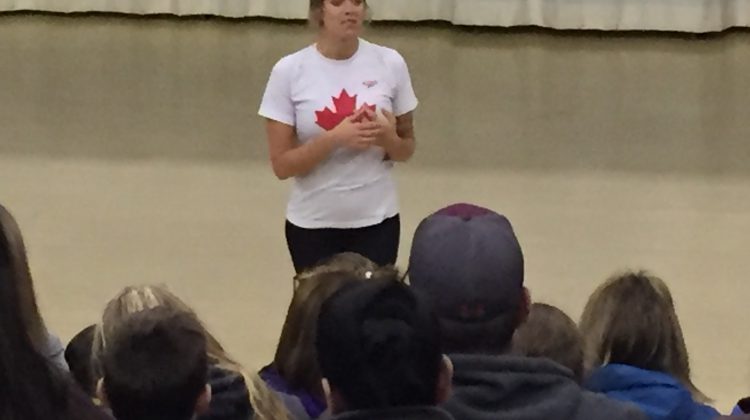 A Canadian Bronze medal winner at the 2016 Rio Summer Olympics was a splash hit with young swimmers in the Cariboo.

On Monday, Hilary Caldwell was in Williams Lake to spend some time in the pool with the Blue Fins swim club followed by a half-hour talk in the Gibraltar room about her career.

Caldwell said the time she spent with them was a great success.

“They’ve been excited,” she said.

“They were asking great questions, they’re listening and you see these little corrections and changes being made and you see them sorta taking in what you’re saying and hopefully internalizing these sorts of things that they don’t need to be amazing at 14,15, 16, it may come later, it might be awhile.”

Caldwell said her visit wasn’t only to help the kids with their swimming careers but how hard work and dedication will also help them with their life skills.

Before stopping in the lake city Caldwell was also in Quesnel this past Friday.