Work Continues On The Newest Mural In Williams Lake 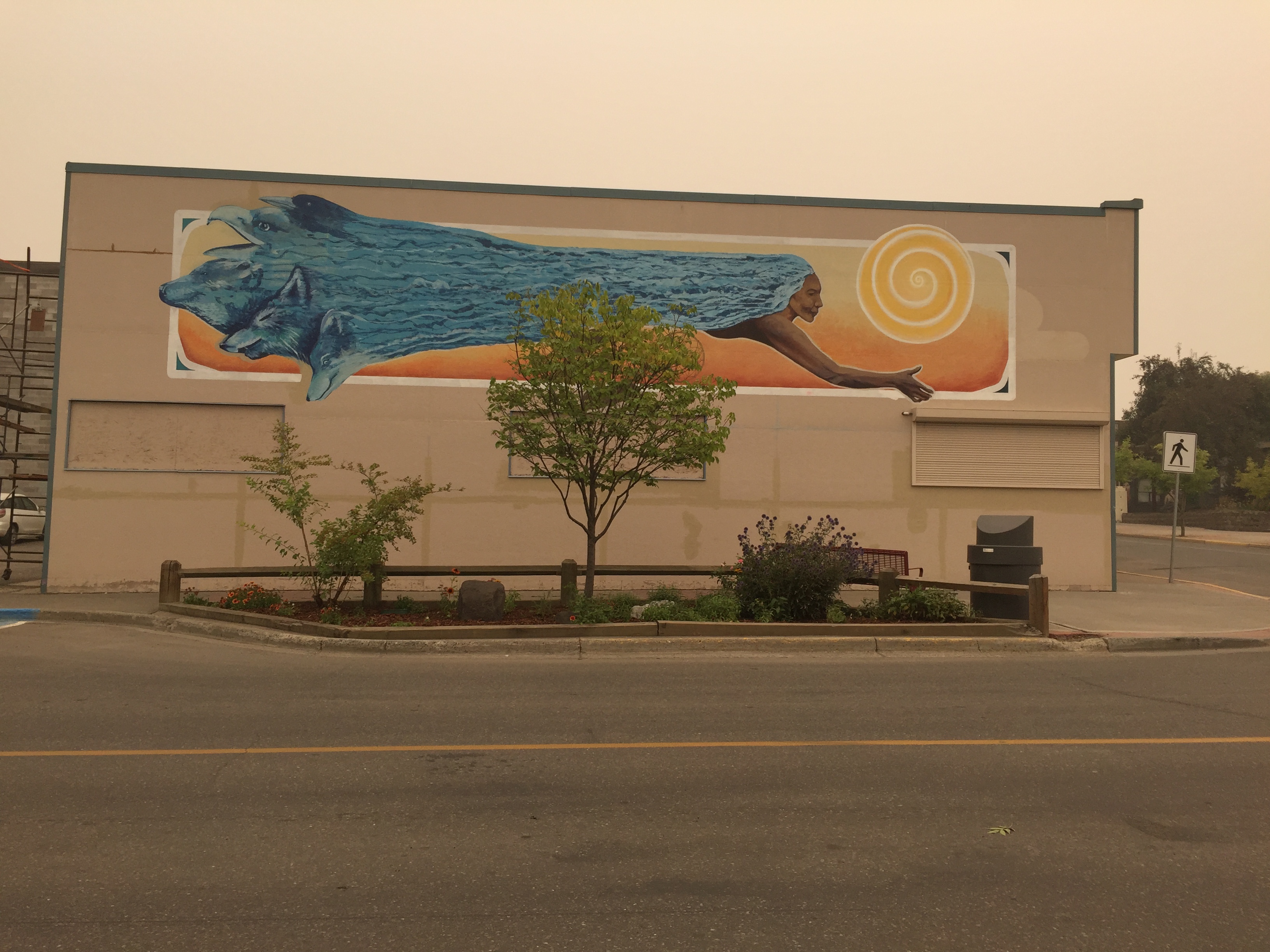 He usually works alongside his son when painting murals in the city of Williams Lake, but on this newest project, he has an extra pair of hands and eyes.

Dwayne Davis and mural concept creator, Elisa McKay have joined up to work on the latest wall art on the corner of First Avenue and Oliver Street.

Mckay has done a mural in the past, but this time around, things are a little different.

“The way that I would do murals is people would just ask me to paint a mural,” McKay said.

“I didn’t do any pre-drawings first so Dwayne is helping me learn the proper way to do murals and just certain techniques even. There’s a lot of skill, I feel like I am getting the fast track from the master”.

The two themes of the project, when completed, Mckay said are to represent the First Nations People and the importance of salmon to the area.

When asked when he thought the newest Lake City mural would be finished Davis said “We are hoping to have it completed by the time Art Walk is over, that’s September eighth. I’m really optimistic that we’ll get it done by that time”.

When we questioned him if he was running out places to paint murals in Williams Lake, Davis said there’s at least 10 more walls that would be great for one.