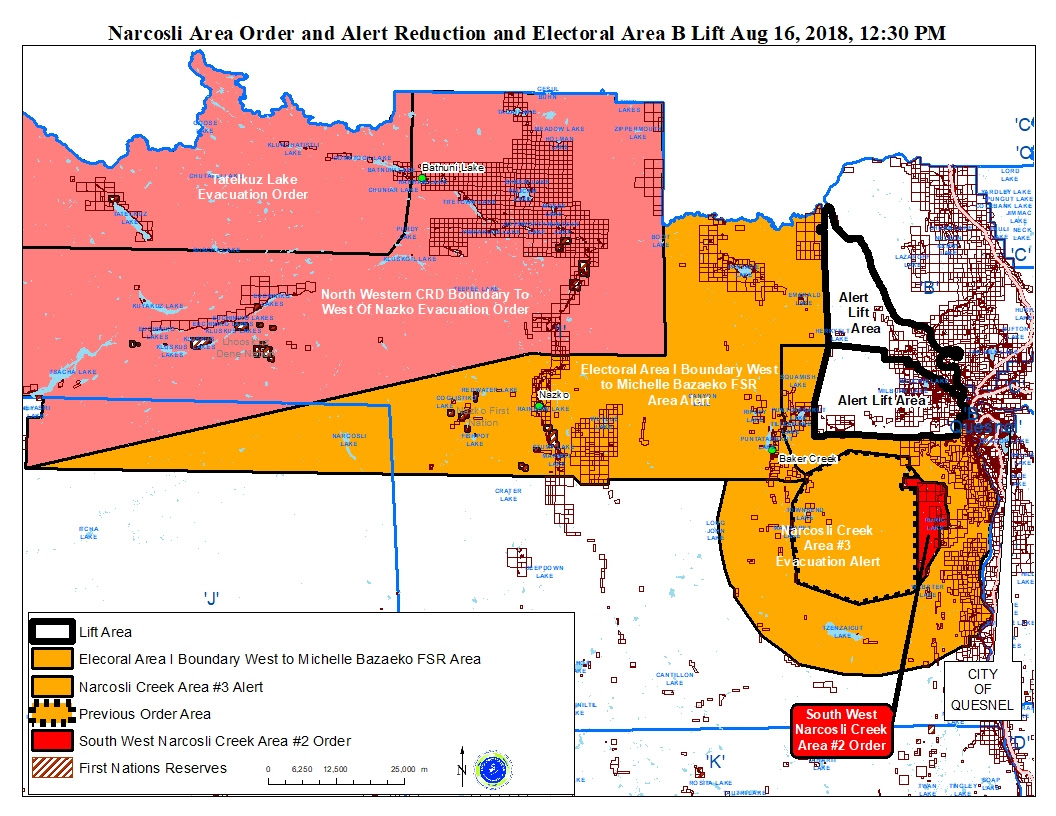 The Evacuation Order for Narcosli has been reduced and the Evacuation Alert has been lifted for electoral Area B in the North Cariboo.

Emily Epp is the Communications Manager for the CRD…

Epp says those are on the eastern side of the area, closest to the Fraser River.

She says 1,558 properties in CRD electoral Area B, including Bouchie Lake and Milburn Lake, have now been given the all clear.

Epp says an Evacuation alert remains in place for 985 properties however.

They are in the Narcosli Creek area and the West Fraser area.

And the City of Quesnel has also rescinded the Evacuation Alert for 1,772 residents in West Quesnel.

That decision is also due to the success that firefighters have had on the Narcosli Creek wildfire.

Tis The Season For Safe Rides Home In Williams Lake

BC Hydro Doubles their Fast Charging Station in Quesnel

Tis The Season For Safe Rides Home In Williams Lake

BC Hydro Doubles their Fast Charging Station in Quesnel

Swing and a Miss for Environment Canada as No Snow Falls

Update: Quesnel motorists advised not to travel to PG unless absolutely necessary

BC Government to create standalone Ministry of Housing