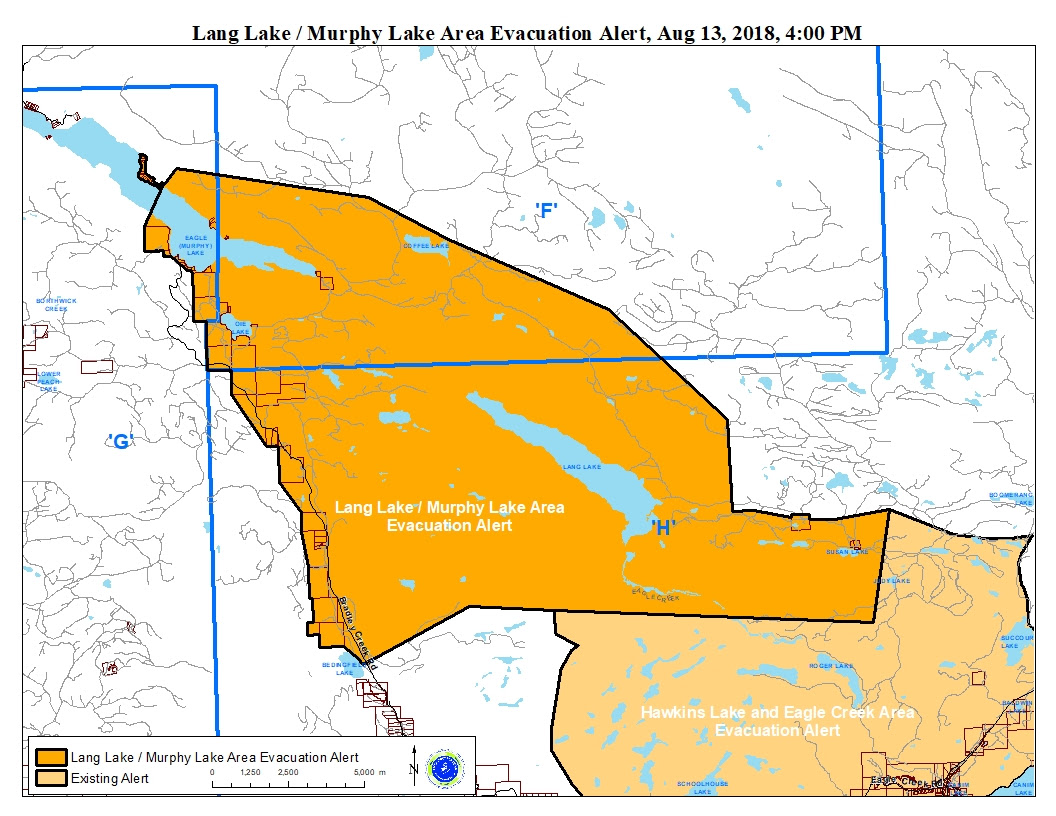 Emily Epp is the Communications Manager with the Cariboo Regional District…

“The CRD has downgraded the Evacuation Order in the Lang Lake and Murphy areas back to an Evacuation Alert. This means that for the 66 properties that were on order, those residents can now return home.”

That Evacuation Order was due to a fire north of Lang Lake as well as the Lang Lake wildfire that is listed as a fire of note.

It is listed at 440 hectares in size and is now 70 percent contained.

The other three Evacuation Orders in the Cariboo will remain in place.

Some progress has been made on the Narcosli Creek wildfire as it is now 80 percent guarded and 30 percent contained but the Order in place for 33 properties southwest of Narcosli Creek will remain in place along with the alert for the area down to West Quesnel.

901 properties in the north western CRD Boundary to west of Nazko which includes the Kluskus, Batnuni, and Titetown areas, also remain on Evacuation Order due to the Shag Creek wildfire that is now 8,410 hectares in size.

And 62 properties in the Tatelkuz Lake area also remain evacuated.

That is due to the Chutanli Lake wildfire in the Prince George Fire zone.

It is 9,748 hectares in size and remains out of control.